Germany’s Parliament on Friday backed a $140 billion bailout plan for Greece, but the vote did little to convince global markets that the European and International Monetary Fund rescue plan would work.

International investors continued to move money into the U.S. dollar and they drove up interest rates to more than 18 percent for two-year loans to Greece. Speculation also spread about whether Greece, which this week was rocked by violent protests, might exit the euro zone, though most experts said that such a dire step would still be far too damaging both to Greece and the rest of the European Union. Late Friday, E.U. leaders said they would establish a new “stabilization mechanism” to bolster the euro zone.

In addition to its financial aspects, the Greek financial crisis has taken on wider political dimensions and rattled confidence. The euro, which was supposed to bind Europe closer together both politically and economically, has instead become the focus of political and economic wrangling. And the currency that was designed to rival the U.S. dollar for power and influence is foundering because of a lack of fiscal discipline among its weakest members.

The euro, created 11 years ago, has always stood upon two unequal legs: a disciplined European Central Bank that has set interest rates for the entire monetary union and a wide variety of national budgets and economic policies ranging from prudent to profligate. When it came to fiscal policy, “there was no real discipline and no punishment mechanism,” said Kenneth Rogoff, a professor of economics at Harvard University and former chief economist at the IMF.

For years, the euro zone made it possible for member countries like Greece to borrow at lower rates than they could have outside the zone.

“Part of why the euro was created was to facilitate trade, but part was to compete with the dollar,” Rogoff said. “Europe was jealous that the United States could borrow at such low rates. If it could gain reserve currency status, that would carry with it lower interest rates. In many ways it succeeded.” The monetary union became “a debt machine,” he said.

Now Greece and other indebted euro zone members must pay the price. “The Greeks in the last 10 years have enjoyed the benefits of the EMU, but now they’re appreciating some of the inconveniences,” said John Chambers, chairman of the sovereign rating committee at Standard & Poor’s. “They had markedly lower interest rates over those years. That enabled them to spend money on other things.”

If Greece still had its own currency instead of being tethered to the euro zone, a sudden devaluation would have already slashed the value of the country’s wages and benefits. Inflation would have been a problem and new borrowing even more costly, but investment in Greece and purchases of its exports would have become attractive.

Instead, the Greek government, which pushed a tough austerity package through parliament this week, must stick to policies that will restore economic balance. Contraction will be sharp and recovery slow. It will be, Chambers said, “a long slog.”

Financial market players are now worried about whether Greece will abide by its austerity plan and whether its plan is austere enough. Even if it doesn’t exit the euro zone, and reestablish an independent currency, Greece could still default or eventually be forced to restructure its debt and slash payments to lenders. Any one of those scenarios could drive up borrowing costs in weaker European economies such as Portugal, Ireland and Spain and put a crimp in lending in Germany and France by banks that have purchased large quantities of Greek government debt. The rates on two-year loans for Portugal have already soared more than 4.5 percentage points in the past month.

The prospect of the rescue plan failing has not made it easy to drum up support for it in Germany. The Bundestag, the lower house, voted 390 to 72 with 139 abstentions in favor of the loan package. Its approval was followed almost immediately by an endorsement in the Bundesrat, the upper house, completing legislative action in the 16 euro zone countries and clearing the way for their leaders to make the loans available.

The approval represented a political victory for Chancellor Angela Merkel. Despite an unfavorable climate, she argued that Germany must participate in the rescue fund to preserve the stability of the euro and the financial health of the 27-nation European Union.

“We must defend the stability of the common European currency,” German finance minister Wolfgang Schauble declared before the vote, according to reports from Berlin. “That is what this is all about.”

But in the face of a German public largely hostile to the rescue, Merkel’s stand carried risks for her party, the Christian Democratic Union, in a closely watched state election scheduled for Sunday in North Rhine-Westphalia. If the ruling center-right coalition in North Rhine-Westphalia loses, Merkel’s coalition could lose its majority in the upper house of parliament. Such a change would crimp her ability to govern decisively.

Germany’s contribution to the Greek rescue has been set at $28 billion, which many German voters describe as an unacceptable giveaway. Polls show high levels of opposition, with German voters complaining that they have carefully avoided excessive deficits in their own country but now have to help pay for the legerdemain and deficits of others.

Facing that sentiment and looking ahead to Sunday’s state election, Merkel initially opposed a high-priced international rescue plan for Greece. When it became apparent that Greece’s financial troubles could spread to other European countries with high deficits — and when the euro started sinking against the dollar — she shifted gears and pushed the deal through.

Her vacillation has drawn criticism that Germany has sought to back Greece while punishing it, and has treated the crisis as a Greek problem when the German banks that own large amounts of Greek government debt are also at risk.

Merkel and French President Nicolas Sarkozy issued a joint declaration Thursday vowing to preserve the value of the euro but also insisting that the European Union must strengthen its enforcement of EU budget deficit rules. Sarkozy’s own government, however, has rung up deficits amounting to eight percent of France’s Gross Domestic Product, nearly three times the limit set by EU guidelines. 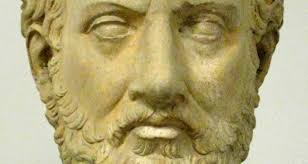 Why the White House Is Reading Greek History 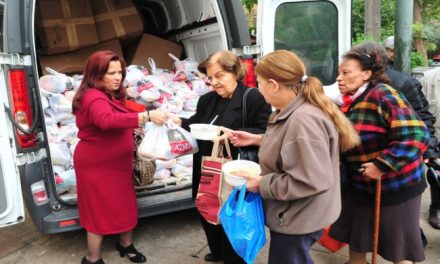 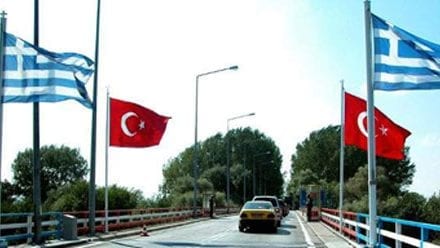 Watch how the Evros river floods parts of Greece and Turkey 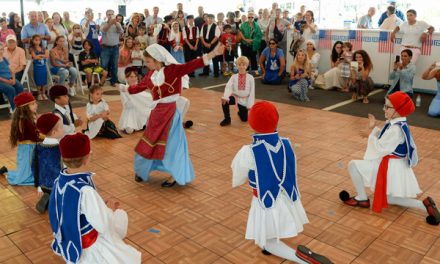 The Hamptons Greek Festival Returns For A Weekend Of Incredible Food, Dancing And More