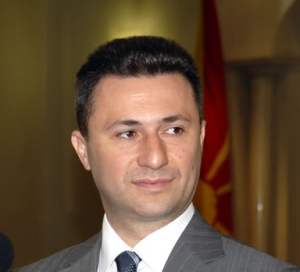 Skopje, Macedonia (CNN) — Macedonia’s prime minister has said the country is seeking a compromise with Greece over the long-standing name dispute between both countries.

In an interview with CNN, Nikola Gruevski said he was trying to reach a solution with Greece over the issue so his country could gain membership into the European Union.

He told CNN: “We said to Greece, ‘We want to make a compromise. We want to find solutions,’ so we can become a member of NATO and the EU. Compromise means both sides make moves, not just one side to make concessions and the other side to have a victory.”

Macedonia has been at loggerheads over its name for 17 years with Greece, which blocked its entry to NATO in 2008 over the dispute.

Greece claims that the name “Macedonia” implies territorial ambitions on the Greek province of the same name. Macedonia denies it. The two countries have taken their dispute to the International Court of Justice.

Gruevski also spoke to CNN about his country’s economy, their ongoing efforts to gain membership of the European Union and the wine industry.

CNN: What is the state of your economy right now?

Nikola Gruevski: Last year, the World Bank announced that Macedonia was the third biggest reformer in the world for creating a good business climate. And it’s helping. Unfortunately, last year the world was in crisis. The amount of investment was reduced. But now there are new signals, new investors.

CNN: We saw in the center of the city a demo of people protesting for jobs. How big an issue is unemployment?

NG: Unemployment is a serious issue in Macedonia. Before independence, our companies produced for 22 million people in former Yugoslavia. Immediately after that, the market was much smaller and the managers didn’t find good ways to open new markets. That created serious unemployment. It’s declined in the last three years.

CNN: What would it mean for Macedonia to be part of the European Union and NATO?

NG: Politically, for us, it’s very important to be a member of the EU and NATO. More than 90 percent of the citizens would like to see Macedonia in NATO and the EU.

We fulfilled all necessary criteria to receive invitation for full membership to NATO in March 2008. Because of Greece, because of the name issue

that they opened, our invitation was postponed. In the meantime we’re trying to work with Greece to find some solution for the problem.

CNN: What exactly is Greece saying?

NG: Greece wants our name to be changed, the new name to be given by them. They have a few names that they prefer, and they’re asking us to accept these names.

CNN: And one of them is Northern Macedonia?

NG: Yes. And a second thing, which is very unreasonable, they want to change the identity of the citizens. That’s very difficult to explain, but they want the government to accept and to explain to the citizens, that our language and nationality, in the future will not be Macedonian, but will be something else.

We said to Greece, ‘We want to make a compromise. We want to find solutions,’ so we become a member of NATO, member of the EU.Compromise means both sides make moves, not just one side to make concessions and the other side to have a victory.

Fortunately, in the meantime, the companies don’t care about the name issue. Greece is one of the biggest investors in Macedonia and our citizens are regularly going there for tourism.

CNN: People think of Alexander the Great as coming from Macedonia. What is at the heart of being Macedonian?

NG: Alexander the Great’s empire was 2,300 years ago. The empire was very big and had different parts. And today these places are many countries, so I think he’s a person who belongs to the world, not to Greece or Macedonia or India. So, we don’t like to monopolize history. Unfortunately the other side is insisting on monopolizing the history. They are saying, “This is just our history.”

CNN: In May, you’re going to take over the presidency of the European Council of Ministers. What do you hope to achieve in your six months of presidency?

NG: Macedonian presidency will be important for making many steps, making some reforms. It will also be a chance for us to make some cultural events and to improve our image as a country. There’ll be good chances for many meetings, representing the country in different situations.

CNN: Is the government going to invest in tourism in the future?

NG: We have plans for new investments in tourism in different parts of the country. The most popular place for tourism in Macedonia is Ohrid. But also, there are other mountains, lakes, and archaeological places. We have also very good monasteries and temples which really are attractive for tourists.

CNN: And wine as well?

NG: We produce very good wine. Very close to the best wines in the world. When I’m drinking wine, I always choose Macedonian.

CNN: What does Macedonia have that allows it to produce such good wine?

NG: Tradition. Production of wine in Macedonia dates from 6,000 years ago, and for centuries it has improved. But it’s still not very well promoted. We have a lot of work to do on promotion, distribution and producing large enough quantities for the large companies. But we are working on this and every year we are increasing production. 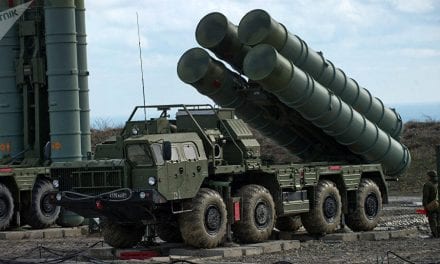 Erdogan: No step back from S-400 deal with Russia 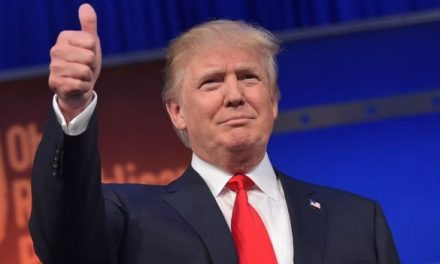 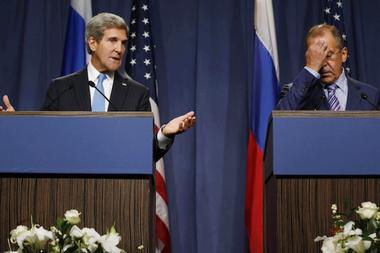 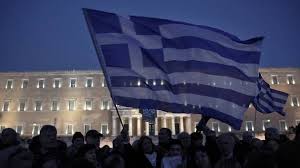