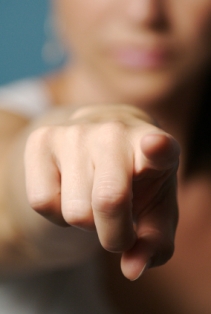 After its decades-long spending binge, the E.U. has no one to blame but itself.

Who shall Europe blame this time? In the past two years, European leaders have rushed to castigate “Anglo-Saxon” capitalism for the world’s financial woes. Now, after procrastinating for months to devise its own $1 trillion bailout plan, the threat of inflation or a worse catastrophe has forced these same leaders to look more rigorously at their home-grown challenges: lack of fiscal discipline, rigid labor markets, tax evasion and declining competitiveness.

The plan adopted this weekend will keep Greece out of financial markets for the next three years, but it will also push Greek debt above 150% of GDP. This may avert the immediate domino effect on other embattled European economies–notably Spain, Portugal, Ireland and Italy–but without fundamental reform, the day of reckoning has merely been postponed. In the rosiest of scenarios, the International Monetary Fund does not expect Greece’s unemployment rate to drop below 15%, nor does it project any significant improvement in Spain’s abysmal 20% unemployment rate.

Conspiracy theorists stubbornly point to speculators who traded in Greek, Spanish or Portuguese credit default swaps but no one–save for the Greeks–can credibly be blamed for the reckless predicament now haunting that country and the continent. Their spending binge was excessive and untenable. The latest E.U. plan calls for the most stringent austerity program to be imposed on any post-war European economy in an attempt to cut the Greek budget deficit that recently ballooned to 13.6% of GDP. It calls for the most severe post-war austerity program to be imposed on any European economy. It is virtually impossible to imagine how Greece’s growth and tax revenues can be revived under such constraints. Standard & Poor’s estimates that Greece’s GDP will not return to 2009 levels before 2017. Images of lawyers, doctors, bank workers, teachers, and pretty much everyone else walking off the job, protesters occupying the Acropolis, and reports of deaths have only exacerbated the world’s skepticism.

This was not supposed to happen, was it? Greece has high tax rates and a “value added tax,” which many in the U.S. invoke as a surefire remedy against budget deficits and tax evasion. It was not so long ago that French President Nicholas Sarkozy waxed philosophical about “the victory of the European model.” Steven Hill, author of Europe’s Promise, has said Europe’s “social capitalist policies represent best practices in handling most of the challenges modern democracies face today.”

Ironically, this kinder, gentler social contract has not thwarted a growing underground economy. Spain’s tax inspectors union (Gestha) calculates that 23% of the country’s GDP is attributable to its shadow economy, which grew about 0.7% last year, while the official economy shrunk by 3.2%. In Greece, an estimated 25% of GDP comes from underground activities–so much for civic responsibility and solidarity.

A few months ago Nobel laureate Paul Krugman expounded about this European model and found nothing deeply troubling about the fact that since 1980, the U.S. economy had achieved an average annual GDP growth rate of 3% while Europe’s 15 economies had grown only 2.2%–as if more than a trillion dollars in lost GDP were insignificant. It may be, as Krugman points out, that faster population growth in the U.S. can explain the performance gap. But can anyone really take comfort in Europe’s declining birth rates, aging population, higher dependency ratios and concomitant benefit costs the IMF itself deems dangerous?

Some have argued that Europe opted for slower growth to ensure generous safety nets for its culture of dependency over one of income disparity–as if the trade-off were real and sustainable. One need only leave the cafes of St. Germain to spend time in St Denis or wander from West London to Manchester to see that European equality is a myth. Europe is confronted with as many urban and social problems as the U.S. is today. To its peril, Greece has discovered that social safety nets are not viable without vigorous, sustained economic growth.

For insiders, Europe offers extensive protection. Job security is airtight for employed workers and layoffs are richly compensated. For outsiders, the challenge of finding a first job should not be underestimated. For new entrants into the labor force–notably young people and women–slow job creation rates and rigid employment protection rules form a formidable barrier to entry. The status quo has relegated European women and its young workers to quasi-permanent outsiders. In the E.U., female participation rates are 60.4%, compared to 65.5% female participation in the U.S., according to the Organization for Economic Co-Operation and Development (OECD).

Even before the recession, unemployment rates for Europe’s youth were nearly triple those of the average population. In Spain, 40% of job seekers are under the age of 25. In France, social scientists have christened Europe’s unemployed youth the “Generation Precaire,” or precarious generation. While British observers have dubbed them the “iPod generation”–short for Insecure, Pressured, Overtaxed and Debt-ridden.

On average, 45% of Europe’s unemployed have been out of work for longer than a year, compared to 10% of unemployed workers in the U.S. Long-term unemployed job seekers more obstacles as their skills become obsolete, work habits erode and they lose their connections in the workplace. Until this recession, the rate at which unemployed Americans found jobs has been about four times faster than in Europe, according to the Brookings Institute. There is a real danger that long-term unemployment in the U.S. could become structural but at least, until recently, job creation has offered more opportunities for the unemployed and for a growing number of new entrants into the labor force. In contrast, a two-tier labor market has developed in Europe with nearly a third of the workforce confined to unstable, temporary jobs while the rest is protected by quasi-permanent contracts.

The predicament of older workers is equally worrisome. In France, the OECD estimates that participation rates for workers aged 60 to 64 is 14.5%, compared to 22% in Germany and 47% in the U.S.. The ensuing pressure on pensions and public finances is alarming. It should come as no surprise that most European countries are attempting to raise the retirement age and enact pension reform.

The U.S. is not immune to these stresses. Debt, deficits, social security reform, job creation must occupy our domestic agenda. There are no quick fixes nor is there a perfect model for addressing these priorities and achieving vibrant, sustained growth. But it is senseless for European leaders to accuse outsiders for its own ill-advised policies. Just as it would be naive and perilous to ignore the warning bell that European profligacy has sounded.

Marie-Josée Kravis is a senior fellow at the Hudson Institute. 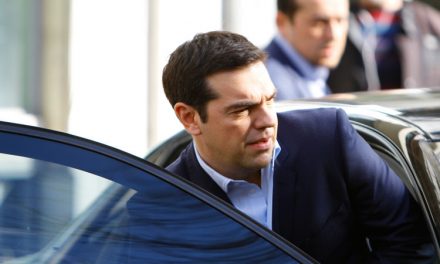 Greece Readies for Another Week of Deadlines 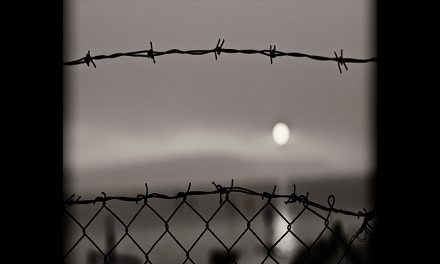 Greece: A Nation for Sale and the Death of Democracy 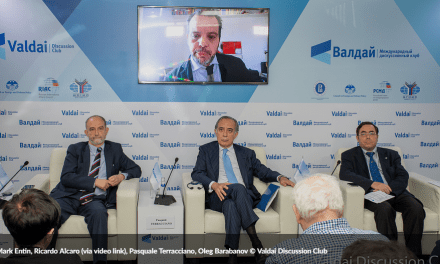 Equilibrium in Europe. What’s to be expected from the New European Parliament?