How to solve Greek crisis or European crisis?

For weeks the attention of the financial markets, media commentators and policymakers has been on the Greek crisis. Yet it has rumbled on. The Greek population is being asked to make painful cuts which will only depress incomes output and employment further, even as interest rates are driven up to crippling levels. Most recently its bonds have been declared ‘junk’ by rating agencies. This is a disaster for Greeks, but it is also profoundly the wrong course for Europe as a whole, which needs to chart a European path out of the crisis.

We are appalled that European policy making has systematically lagged behind events, allowing itself to be driven by volatile market sentiments, populist politicians and a media that all too often exhibits fundamental ignorance about the issues. This has dramatically raised the costs and risks of resolving the crisis.

First, there is the past fiscal weakness of the Greek state, in particular the inability to generate tax revenues, as a share of GDP, in line with its European neighbors, but also inexcusable statistical manipulation.

Second, Greece’s relative competitiveness has steadily worsened, especially within the euro area, as reflected in a sustained current account deficit as a result of above-average increases in unit labour costs and prices and a stronger economic growth dynamic.

Third the economic crisis – which, given the country’s conservative banking sector was a classic external shock – has ravaged public finances, just as in other countries.

And last but not least, fourth, the interest cost burden has dramatically increased, as genuine concerns about fiscal sustainability combined with speculation and misinformation to dramatically raise the rate of interest on new Greek government bonds.

Only the first of these reasons calls unambiguously for Greeks to accept the pain of fiscal austerity. All the others have a strong European dimension and call for European solutions. In particular, the loss of competitiveness by Greece (and a number of other countries, including Spain and Ireland) is the mirror image of an increase in relative competitiveness by others, notably Germany, Austria and the Netherlands. The latter countries could not have increased their net exports without the faster demand expansion in the former group, which, it is often forgotten, were also responsible for much of Europe’s economic and jobs growth in recent years, while demand and output growth in the surplus countries has been sluggish. The problem is symmetrical and the solution must be as well.

For Greece has not – as is often claimed or implied – lagged behind Germany in raising productivity: on the contrary hourly labour productivity increased more than twice as fast in Greece than Germany during the ten years of the euro since 1999. Nor do frequent claims in the media of Greek ‘laziness’ stand up to scrutiny: average annual working hours are the longest in Europe (and hundreds of hours per year longer than in Germany!). The problem has been with nominal wage and price setting.

Due to strong differences in wage setting, Greek nominal unit labour costs increased by more than 30% since the start of EMU – and the increases in Italy, Spain, Portugal and Ireland were even higher – whereas in Germany they rose by just 8%. Monopolistic price setting is also critical, enabling firms to pass on higher wage costs or imported prices onto domestic prices. Such wage and price divergences are not sustainable within a monetary union where exchange-rate adjustments are no longer possible. But this requires an adjustment from both ends. Wages and prices in Greece and other countries need to fall in relative terms, but they must increase faster in Germany, whose aggressive wage moderation policies are deflationary, export unemployment and threaten to explode the monetary union. This is the only way to rebalance the euro area while avoiding the huge risk of a deflationary spiral.

Misunderstanding these causes, European policymakers have fiddled while Greece has burned. Monetary policy has been left entirely out of the discussion. Fiscal support offers have been too little, too late and subject to unreasonable conditions. As a result speculators have driven the cost of resolving the crisis higher and higher. Lending public money to Greece, at interest, is not charity. It is a recognition of the interconnections of a monetary union and in the vital interest of all Europeans. No-one benefits from Greece and other countries embarking on massive fiscal austerity, demand deflation and competitive price deflation. This is all the more so when monetary policy is up against the zero bound and the European economy as a whole still dependent on policy stimulus. Greece must not be forced into massive demand deflation: having avoided the mistakes of the Great Depression at European level it makes no sense to repeat them at national level.

On the contrary it is in Europe’s vital interests to resolve the Greek crisis on the basis of rising incomes across the continent and to put in place the needed machinery to cope with competitive and fiscal imbalances in the future. The future of the euro area as a whole is at stake. There is a serious risk of a falling Greek domino knocking over a series of other countries. Portugal and other countries now stand where Greece was a few months ago. The economic, political and social costs would be enormous. Has Europe learnt nothing from the 1920s when Germany was, in many ways, in a similar situation to Greece today? Prevented from raising exports to service its foreign debt (reparations) by mercantilist policies, Germany embarked on a disastrous course of deflation and depression which paved the way for the horrors that followed. Today as then, deficit countries cannot simply save their way out of crisis, they must have the opportunity to grow their way out. And this is also the only way to limit the damage to surplus countries, who are otherwise also destined to lose out in terms of growth, employment and financial stability.

We call for a coordinated economic policy response around the following five elements:

· The ECB must provide as much support as possible to the fiscal consolidation and rebalancing effort. In the short run that means committing to maintaining its base rates close to zero. Keeping interest rates low is vital to help minimise refinancing costs while pushing up the rate of nominal GDP growth. It must continue to accept Greek bonds as collateral.

· Euro area governments should commit to meeting Greece’s needs to restructure its sovereign bonds for a three-year period. The sums involved do not require the involvement of the IMF, whose participation is only justified, if at all, by political considerations. This would immediately and drastically reduce the market interest rates to be paid on new bond issues: the rate demanded by euro area governments should be explicitly tied to the benchmark rate for German Bunds plus a penalty rate, which should be set so as to ensure the best possible chances for consolidation while avoiding future sovereign moral hazard.

· Greece accepts enhanced supervision of its public finances and announces a longer-term fiscal consolidation package designed to have as limited negative effects on demand as possible in the short run (notably drastically reducing tax evasion), but primary fiscal surpluses in the medium run; it couples this with a
time-limited freeze on wages and administered prices and policies to increase product market competition.

· Germany, Austria and other surplus countries commit to maintain fiscal stimulus and a period of faster-than-productivity-growth wage increases; more generally, fiscal exit strategies should be coordinated within the Council to underpin areawide economic recovery while rebalancing demand within the currency area. This requires asynchronous exit strategies. Greece and other deficit countries have to employ them earlier while the surplus countries like Germany follow later on. After the adjustment period wage policies should return to an orientation to the medium-run growth of national productivity plus the ECB’s inflation target in all countries.

· Greece is not the only crisis country and policies are needed to prevent the crisis spreading to other vulnerable countries. The issuing of Eurobonds, possibly with a role for central bank purchases on the secondary market, should be considered to reduce financing costs. Moreover, the EU should embark on an immediate review of its various policy coordination mechanisms with a view to strengthening them and refocusing them in the direction revealed to be necessary by the crisis, namely: a symmetrical focus on surplus and deficit countries; the monitoring of private debt-savings dynamics, rather than just the public sector, and thus a focus on current account positions; incorporating wage and price setting and accordingly strengthening the role of social partners.

The Greek crisis is a chance to drive European integration forward to the benefit of all Europe’s citizens. But current policies, based on misperceptions of economic interlinkages and short-sighted and erroneous views on ‘national’ interests, threaten to destroy the monetary union, set back European integration and imperil its economic and political future. EMU simply cannot go on like this. We call on European policymakers to find European solutions that serve the interest of all Europe’s citizens. 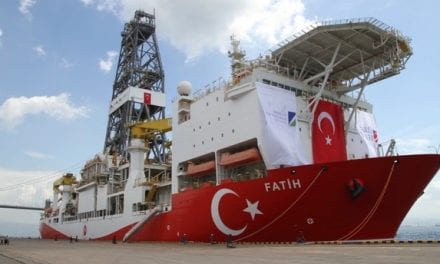 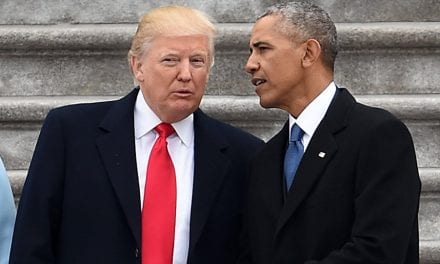 Was Obama worse to the press than Trump? 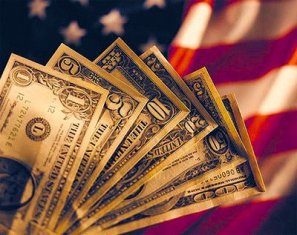 The Endgame on the Debt Ceiling 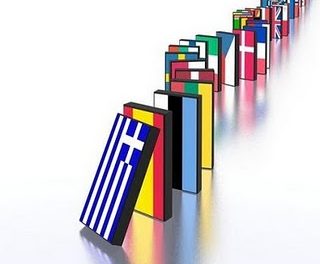 Greece just a symptom of the REAL Problem!