A turning point for Turkey 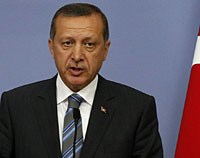 Relations between Israel and Turkey are at a new low and Prime Minister Recep Tayyip Erdogan is doing a great deal to exacerbate the situation.

In a speech to his country’s parliament Tuesday, Erdogan called the Mavi Marmara conflict at sea a “bloody massacre” and warned, “today is a turning point in history. Nothing will be the same again.”

So far, the Turkish premier has refrained from breaking off diplomatic ties with Israel. But with four Turkish citizens among those killed on the Turkish ship that was part of the “Peace Flotilla” to Gaza, the future of relations with Turkey, once Israel’s closest friend in the Middle East, is uncertain.

The deterioration of Turkey’s relations with Israel dates back to its decision to support Hamas’s violent takeover of Gaza in 2007. But it is part of a broader trend in which Erdogan has been gradually steering his country away from a secular-based democracy toward radical Islam. Though it is a member of NATO, Turkey, with the strong-willed Islamist Erdogan at the helm, appears to be moving out of the orbit of western democracies and into a deepening alliance with an newly forming axis of power composed of countries such as Russia, Iran, and Brazil.

Erdogan has led Turkish opposition to US-supported sanctions against Iran’s nuclear ambitions, attempting instead, together with Hugo Chavez, to put together an alternative deal that would allow Iran to continue to enrich uranium. His country has officially hosted Iranian President Mahmoud Ahmadinejad as well as Sudan’s President Omer Hassan al-Bashir, a man charged with war crimes and genocide.

Relations with the US have worsened since the House Foreign Affairs Committee of the US Congress voted in March to brand as genocide the 1915 slaughter of around 1.5 million Armenians by Ottoman Turks.

Israel, which in the past had put its lobbying power on Capitol Hill to work for Turkey, did not rush to help this time. Turkey could have prevented the vote if it had moved forward on negotiations with Armenia, which got off to a good start but stalled when Turkey insisted on tying normalization to a withdrawal of Armenian troops from the disputed Nagorno-Karabakh. Turkey thus missed an opportunity to reach an agreement on the Armenian massacre through dialogue.

As evidence of Turkey’s increasing religious fundamentalism, Efraim Inbar, the director of Bar-Ilan University’s BESA Center for Strategic Studies, quoting businessmen friends, notes that sipping a glass of raki (the Turkish equivalent of arak or ouzo) in public nowadays can hurt one’s chances of receiving a government contract. Pressure is growing to conform with Muslim mores.

The situation has not always been so bleak. Erdogan’s party, which won the 2002 national elections – the last held – with 35 percent of the vote, started off its term positively. In December 2002, Yoav Biran, then the acting director-general of the Foreign Ministry, made a well-publicized visit. In January 2003, two Turkish frigates participated in a joint US-Turkey-Israel search-and-rescue exercise in the eastern Mediterranean. There was considerable additional military cooperation.

And although there was a 46% fall in the number of Israelis visiting Turkey in 2009 to 300,000, in previous years the two countries had maintained a vibrant exchange of tourists.

The ascension to power of the AKP was widely perceived not so much as the Turkish public’s turn to radical Islam as a rejection of the nepotism, corruption and overly zealous secularism of the previous political leaderships.

While members of Istanbul’s Jewish community are currently reluctant to be interviewed for fear they might be singled out by extremists, one Turkish Jew who spoke off the record felt that the masses of demonstrators holding Hizbullah flags in front of the Israeli Embassy did not represent the vast majority of Turks. Channel 2’s Middle East news analyst Ehud Ya’ari has pointed out that many talkbacks on Turkish Internet news sites have been pro-Israel.

With elections slated for November 2011, Erdogan was right when he said that his country is at a turning point in history. Turkey’s leadership has a choice. It can continue on its present path. Or, however improbably and belatedly, it can yet change direction.

If it chose to, Turkey could have a highly constructive role in forging a better Middle East. As a successful Islamic democracy aligned with the West, it could be a powerful force for regional peace and a uniquely valuable partner for the US. In the process, it would be improving its own global stature while helping to stabilize the world’s most volatile region. 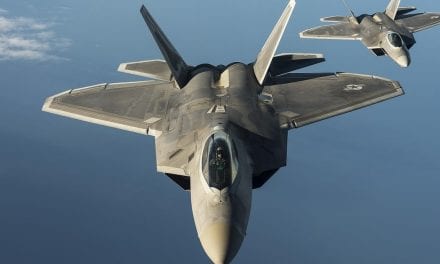 The effort to counter Russian aggression in Europe is growing daily 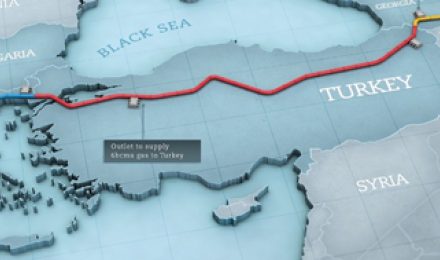 Southern Corridor: The role of Greece 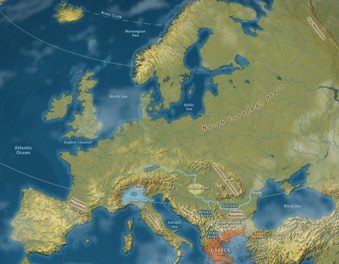 The Geopolitics of Greece: A Sea at Heart 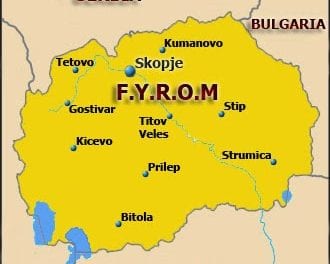