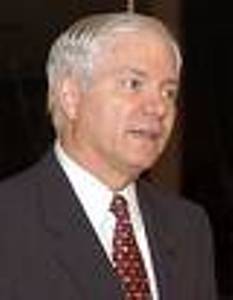 U.S. Defense Secretary Robert Gates on Wednesday accused the European Union of pushing Turkey toward the East by its resistance to letting the mainly Muslim nation join the bloc, the closest any senior U.S. official has come to saying the West risks losing Turkey.

The comments, made to reporters while Mr. Gates was in London and reported by news agencies, came as Turkey voted against a U.S.-backed resolution at the United Nations Security Council mandating new sanctions against Iran. Mr. Gates also expressed “concern” at the sharp deterioration in relations between U.S. allies Turkey and Israel, over the killing of Turkish citizens by Israeli soldiers on a ship bound for Gaza last week.

“I personally think that if there is anything to the notion that Turkey is, if you will, moving eastward, it is, in my view, in no small part because it was pushed, and pushed by some in Europe refusing to give Turkey the kind of organic link to the West that Turkey sought,” Mr. Gates said, according to the agency reports.

“We have to think long and hard about why these developments in Turkey (are occurring) and what we might be able to do to counter them and make the stronger linkages with the West more apparently of interest and value to Turkey’s leaders,” he said.

The EU agreed to begin membership talks with Turkey in 2004, some 50 years after the nation of more than 70 million people first expressed interest. But the talks have gone slowly, as the EU has frozen a third of the so-called negotiating chapters, mainly over Turkey’s refusal to open its ports to recent EU entrant Cyprus. France, Germany and several other current members have repeatedly said they don’t believe Turkey belongs in the bloc.

Over the past few years, Turkey’s Islamic-leaning government has set a frenetic pace in trying to improve its relations with neighbors to the east and north, including Russia, Iran, Syria and Iraq, while significantly downgrading the de facto alliance it had with Israel since the mid-1990s.

That has led many analysts in Washington to worry that Turkey’s ruling Justice and Development party, or AKP, is leading the country eastward, and that the West could be losing a key regional ally.

“That a NATO ally has lobbied and voted against the U.S. in the U.N. brings to an end the eight-year-long debate in Washington on Turkey’s direction under the AKP: this party has not only effectively ended the Western component out of Turkish foreign policy, but is now also emboldened about it,” said Soner Cagaptay, a senior fellow at the Washington Institute for Near East Policy and frequent critic of the Turkish government.

The Pentagon has long been an advocate for Turkey both within the U.S. government and internationally. The U.S. and Turkish militaries have strong ties, including the Incirlik Air Base in southwestern Turkey, which the U.S. Air Force uses as a key hub for operations in the Middle East and Central Asia.

But the official said Turkey continues to attach importance to its relationship with the West and argued that its newfound role in the region is part of “the most activist Turkish foreign policy that we’ve probably ever seen,” rather than a conscious effort to break with Europe and the U.S.

“I don’t think it’s accurate to say they’re turning away or walking away from the West,” the official said. “What they are doing is adding on a much more activist role in their neighborhood to their traditional strategic relationship with us and Europe and the West.”

Mr. Gates’ comments were well received by proponents of Turkey’s integration with Europe, who have become deeply frustrated at the hostility to Turkish membership shown by some EU leaders and the impact that is having within Turkey.

“What Secretary Gates said is right on target,” said Tuncay Babali, a Turkish diplomat currently on sabbatical at Harvard University’s Weatherhead Center for International Affairs. “Turks are sick and tired of being judged on individual issues such as whether they support certain Western policies, rather than being accepted as a significant partner.” While he disagreed the West was “losing” Turkey, he said that at a time when U.S.-Turkish relations are strained over Iran and Israel, “the situation is very serious.”

Mr. Babali and many other analysts say a cold shoulder from the EU was only part of the reason why Turkey is developing new allies and reducing its almost exclusive reliance on the U.S. and Europe. These include the end of the Cold War and a new security environment in the region caused by the U.S. invasion of Iraq in particular.

Turkish officials argue the EU badly needs Turkey, with its strategic location, a per capita gross domestic product that nearly tripled between a financial crisis in 2001 and 2008, and a fast-growing population. The country’s economy is expected to grow more than 5% this year.

Many EU members agree, but admitting new entrants requires unanimity among the 27 current members. French President Nicolas Sarkozy, German Chancellor Angela Merkel and some other EU leaders have said repeatedly they don’t believe Turkey belongs in the bloc, and that it should have a “privileged partnership” instead. Mr. Sarkozy clashed sharply with President Barack Obama last year at a summit in Prague, when Mr. Obama said he thought the EU should admit Turkey.

“France has no problem at all with Turkey. On the contrary, it’s an important partner,” said Bernard Valero, spokesman for the French Foreign Ministry. At the same time, “the position of France under the French president regarding Turkey and the EU is very well known.”

US Defense Bill Would Suspend Fighter Jet Sales To Turkey 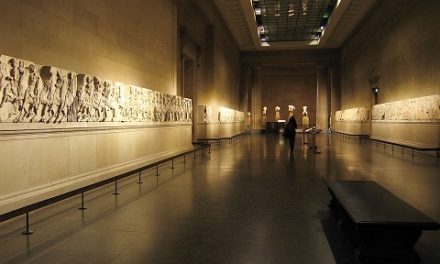 Have the UK and Greece lost their marbles 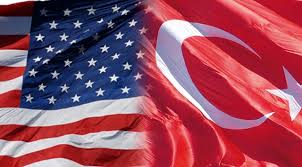 U.S. relationship with Turkey has been tested – representative