Greek Default Seen by Almost 75% in Poll Doubtful About Trichet 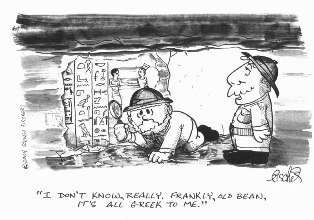 Only 23 percent say they expect the region’s almost $1 trillion rescue package to both keep the European monetary union together and prevent a debt default by a government, according to a quarterly poll of investors and analysts who are Bloomberg subscribers. More than 40 percent say Greece is likely to abandon the euro.

“There is clearly a risk of a breakup of the euro,” says Geoff Marson, managing director at a Guernsey subsidiary of London-based Odey Asset Management, which oversees about $6 billion.

Trichet, whose ECB supported the rescue package by buying bonds of Greece and other European governments, saw his approval rating tumble from a January Bloomberg poll.

A plurality — 48 percent — give the 67-year-old central banker an unfavorable rating in the latest poll, while 41 percent view him favorably. In January, Trichet received a 60 percent approval rating, with 27 percent regarding him negatively.

“Trichet has sacrificed the ECB’s independence by helping to rescue Greece,” says Cyril Boudin, a participant in the poll and a derivatives trader at Unicredit Group in London.

Stock markets worldwide have slumped and the euro has plunged as Europe has struggled to defuse its debt crisis. The Stoxx Europe 600 Index has fallen 12 percent from its 2010 high on April 15, while the euro has lost about 17 percent against the dollar since the start of the year.

More than 60 percent of those surveyed say they expect the euro to fall further against the dollar over the next three months. While the European currency may be due for a “corrective bounce” in the short run, “longer term, the market has parity in its sights,” says Marson, who took part in the poll. The euro traded at $1.1973 at 5 p.m. yesterday in New York.

European investors are more optimistic about the ability of their region to resolve its problems than were their counterparts elsewhere. Thirty percent of those polled in Europe say they expect the rescue package to succeed.

U.S. investors are the most pessimistic, with only 14 percent expecting Europe’s efforts to work. A quarter of investors in Asia are also in that camp.

Overall, 40 percent of investors worldwide say European defaults were possible even with the package, while another 35 percent see some countries dropping out of the euro zone.

Investors in all three regions agree that Greece is the most likely country to default on its debt.

“The Greek government will not have the long-term fortitude to control spending,” says Robert Knox, a poll participant and chief executive officer of Park City, Utah- based broker-dealer RG Knox Co.

Thirty-five percent of those surveyed say a default by Portugal was likely, while more than a quarter say the same about Spain. Outside of Europe, the country seen as most likely to miss a debt payment was Argentina, with 31 percent.

“I see a lot of similarities between Spain’s situation now and emerging markets in the past 20 years,” says Alvaro Teixeira, the head of Latin American equities at Prebon Canada Ltd. in Toronto. They include “high debt, high unemployment, growing social distress,” and a currency that’s too strong for the Spanish economy.

Fifteen percent of those polled say it’s likely Spain would be forced to dump the euro as its currency to help ease the pain on its economy. One in five see Portugal making that move.

“This crisis could be a significant step that leads to an eventual breakup of the euro zone,” says William Aston-Reese, vice president of money-market sales at New York-based broker Tradition Asiel Securities Inc. and a poll participant.

Investors in Europe are about evenly split on Trichet’s performance at the central bank. Forty-eight percent give him an unfavorable rating, while 46 percent see him in a positive light. The rest have no opinion.

American investors are the most down on Trichet, with 56 percent seeing him in an unfavorable light. In Asia, 34 percent of poll participants agree with that view.

In contrast, more than two-thirds of investors worldwide approve of the job being done by U.S. Federal Reserve Chairman Ben S. Bernanke.

Still, the sovereign debt problems in Europe will hurt the U.S. economy, according to more than 85 percent of global investors surveyed. About two-thirds say the turmoil won’t be enough to send the U.S. back into recession.

The quarterly Bloomberg Global Poll of investors, traders and analysts in six continents was conducted June 2-3 by Selzer & Co., a Des Moines, Iowa-based firm. It is based on interviews with a random sample of 1,001 Bloomberg subscribers, representing decision-makers in markets, finance and economics. The poll has a margin of error of plus or minus 3.1 percentage points.

To see the methodology and exact wording of the poll questions, click on the attachment tab at the top of the story. 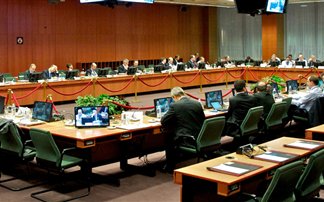 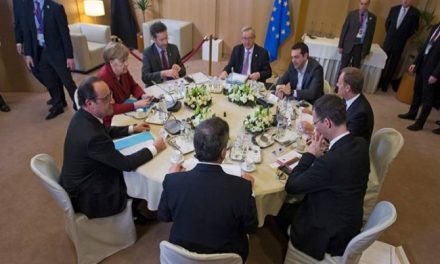 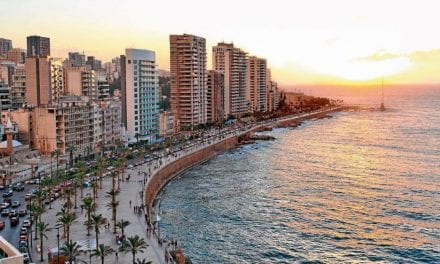 Caught in debt and conflict, Lebanon wants a Greek-style rescue 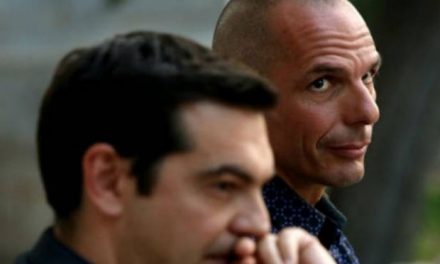