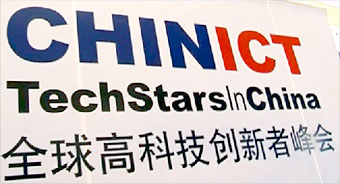 Investors are pitching the Zuckerberg-Gates-Google model of college-kid startups at China’s prestigious universities. And the kids are into it.

IPOs from Chinese tech companies — in e-commerce,  social media, mobile applications for tablets and smart phones — in just about anything in the so-called TMT (technology,media, telecom) universe have been coming with such relentless frequency that they’re hard to keep track of, especially from afar. So American investors and media are using US-centric formula to keep them sorted: X is the Y of China.

Some recent examples: Ren Ren (RENN), which went public last month, raising  $743.4 million in May 4 IPO, is the “Facebook of China.”  And Jiayuan International  (DATE), a dating site, is the “eHarmony of China.” Listing just days after Ren Ren, it raised about $80 million, and though the stock today trades above where it opened, the fact that it failed to raise $100 million with its IPO was enough for Reuters to suggest there is now such a thing as Chinese IPO fatigue.

Maybe that’s the feeling in the U.S. media. But a recent gathering of China’s technology entrepreneurs and the venture capitalists who fund them here in Beijing — at the 7th annual Chinict “Tech stars of China” conference — suggests that we probably haven’t seen anything yet.

Oh, to be sure, the high powered money guys at the conference pretty much all agreed with Hans Tung, managing director of Qiming Venture Partners, who said everyone is “a little bit scared of China valuations now; worried that it’s a bubble.” That valuations are high for companies that either make only a little money now or none at all is undeniable. But, Tung added, the [investors] “who have been here longer are still ponying up.”

For Tung, it’s easy to see why. A veteran of  Silicon Valley — he graduated from Stanford and has worked as both an entrepreneur and a VC in the Valley for years — Tung relocated to Beijing recently for a simple reason: “the pace here is faster.”  He says for every Groupon, video site, or eHarmony emerging the United States, “you’ll  have 1,000 to 2,000 companies [in China] doing pretty much the same thing.” The companies in China that get to the IPO stage have already battled through fiercely competitive circumstances to get to the promised land.

The other thing behind the gathering tech boom in China is that a number of  successful  of domestic companies — think Baidu (BIDU), Alibaba and Tencent,  China’s so called “BAT”  triumvirate — have been around long enough that people are leaving those companies to start out on their own.  Mix in the foreign players that have tried to establish a major presence in China, and the result is “that the quality of entrepreneur in China has improved significantly in the last few years,” says Tung. Of the last ten deals his firm has done, he says, three founders came from Baidu, one from Taobao (Alibaba), one from Yahoo (YHOO) China and two from Google [China] (GOOG).

The evolution of the start up phenomenon in China has only one more significant barrier to get beyond: Venture capitalists are now hoping to convince students at elite universities that starting up businesses when they graduate — or even while they’re still in school — is both cool and financially smart.  But the problem in China has been the inherent tension between two things this country is obsessed with: making money, and getting the best possible education.

It’s not exaggeration to say that students at elite universities here have spent pretty much every waking moment since they were small children studying in order to score well on the all-critical college entrance exam, which every university bound student must take. Even after graduating, the vast majority of students simply want to get a decent paying job at an established company. That kind of job lets young men do the 2nd most important thing of their early working lives: buy an apartment, no small feat in absurdly overpriced real-estate markets like Beijing and Shanghai.

Once they have the job and the apartment, they can then get around to the 1st most important thing: snaring an eligible young woman as a wife. (Remember, in China, the ratio between men and women is roughly around 1.7 to 1, a legacy in part of the “one child policy.” Talk about competitive pressure: if a young male does not have a good, decent paying job at a reputable company and own his own apartment, he’s pretty much chump change.)

Bell is taking a page out of Paypal founder Peter Thiel’s playbook: Thiel has famously promised to give 20 college kids with promising ideas $100,000 to drop out of school and pursue their businesses. Bell doesn’t go that far — “I’m not urging kids to drop out, though I’m not really against it, either,” he says. But he is proselytizing for entrepreneurship.  Several times each month, he’ll speak in front of groups of college students, telling them that Trilogy has money to invest in smart kids with good ideas. After his spiel, at most such sessions, around 20 such kids get up and pitch their ideas.All this is why one of the most interesting figures at this year’s Chinict conference was American venture capitalist Stephen Bell, of Trilogy Ventures. Bell is spending as much time as he can on five college campuses around China, to meet kids with bright ideas and convince them to start up a business. (His chosen five: Beijing University, Tsinghua, Beihang — the Beijing University of Aeronautics — Shanghai Jiaotong University, and Zhejiang University in Hangzhou).

The best ones have earned seed capital from Trilogy (a typical investment, Bell says, will be about $100,000 to start.)  To counteract the societal pressure that going the startup route is somehow  irresponsible, Bell often invites a speaker along who can be a role model to the kids and their skeptical parents — someone like Qi Guosheng, founder and CEO of Beijing based Gridsum, a hugely successful search engine optimization company that he started in 2003.  (Gridsum received startup financing from Steamboat Ventures, Walt Disney Company’s (DIS) VC arm.) As a computer science student at Tsinghua, Qi started two previous businesses — though he did not drop out to do so.

Thus, what Bell calls the “Bill Gates-Larry Page-Sergey Brin-Mark Zuckerberg model,” is slowly but surely being born in China.  It’s why, after the Chinict conference, Bell trekked out in the evening to the suburban campus of the famed Beida (aka Beijing University), where some 300 students, from undergrads in engineering to MBA students, awaited him, and hung on his every word.  Far from being “fatigued,” it appears the China start up boom is only just beginning. 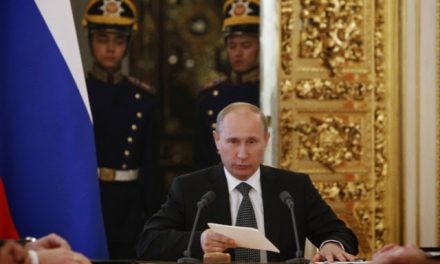 In the Middle East, Soon Everyone Will Want the Bomb 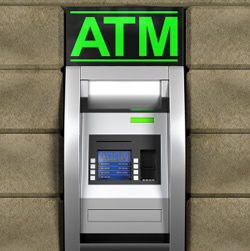 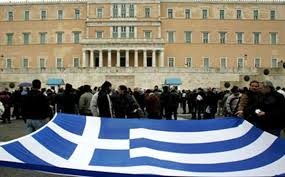 German television documentary on the troika and Greece