elections of the Cyprus-U.S. Chamber of Commerce

The Cyprus-U.S. Chamber of Commerce held its Annual Membership Meeting followed by Election of the Board of  Directors and Executive Committee.

NEW YORK – At the Annual Board Meeting of the Cyprus U.S. Chamber of Commerce, held in New York City on October 5, 2011, outgoing President Mr. Dennis Droushiotis of Equis Trading, formerly the Cyprus Trade Commissioner in New York thanked the membership  for their support and unwavering commitment to the Chamber.   Mr. Droushiotis,  in a moving expression of appreciation said: “ I have been very privileged to have worked with such a distinguished and committed group of Board of Directors for the past two years as President of the Cyprus-U.S. Chamber of Commerce’’.  Mr. Droushiotis thanked the Chairman of the Board, Mr. Andy Comodromos “ who has relentlessly contributed to the Cyprus-US Chamber, since its inception in 1998, and who has been an unwavering source of strength and valuable advice to me, during my tenure serving as president”.  Mr. Droushiotis added “I am grateful to our former President and Vice Chairman, Peter Kakoyiannis, for always being there and supporting the work of our Chamber and his valuable collaboration for the past years and to Mrs.  Despina Axiotakis, our Executive Director, who has maintained an extraordinary resilience over the past two years and has most efficiently and with responsibility and passion executed the work of the Chamber – in light of personal challenges that she encountered with the illness and loss of our good friend and her beloved husband John”.

Board Chairman Andy Comodromos thanked the Board for their steadfast commitment and enthusiasm in promoting the work of the Chamber and asked them to continue their support and work with the newly elected  President of the  Chamber, Mr. Vassos Vassiliou. He also pointed out that one of our highlights this year, was the honoring of Nobel Laureate, Dr. Christopher Pissarides at the Chamber’s Annual Dinner and the event gave the Chamber high level of exposure in the U.S. and Cyprus. He thanked the retiring President Dennis Droushiotis for his untiring dedication, Mr. Peter Kakoyiannis, Vice Chairman, and Executive Director Despina Axiotakis for all their hard work.  He has vowed to stay active and support the President on all upcoming projects.

Treasurer, Mr .Kyriacos Skevas reported that the financial condition of the Chamber is in a fairly good state.

The Consul General of Cyprus Ms. Koula Sophianou addressed the membership and expressed her admiration for the  Chamber’s work and offered her continued support for the Chamber.

The Board then voted to elect it’s new Executive Committee for a two year term, and its new members are as follows:

The newly elected President, Mr. Vassos Vassiliou, commented:  “It is an honor and a privilege for me to serve as the 4th President of the Cyprus U.S. Chamber of Commerce.  I would like to thank our outgoing President, Mr. Dennis Droushiotis, for his relentless commitment he demonstrated during his presidency.  The Chamber is now a highly visible and recognized organization because of Dennis’ hard work.  Of course, we wouldn’t be where we are today if it wasn’t for our outgoing Chairman’s vision and leadership. I would like to thank Mr. Andy Comodromos for his leadership and I trust that he will continue to be by our side as we embark on a new mission for this great organization.”  Mr. Vassiliou continued: “We strive to promote business, social and cultural programs that preserve and promote the trade, heritage and culture of Cyprus and Greece.  As Cyprus has grown to be a key strategic business partner for corporations worldwide in recent years, the role and importance of the Chamber has certainly been elevated as well, and it will be our mission to set and meet these new objectives.”

The Cyprus-U.S. Chamber of Commerce was inaugurated in 1998 by H.E. Glafcos Clerides (then President of The Republic of Cyprus) to promote and extend commercial, industrial, and economic relations between the Republic of Cyprus and the United States. By creating a forum in which its members share ideas and knowledge, the Chamber helps open doors to potential investors, companies and individuals, offers advice on foreign investment projects, holds exclusive briefings by private and government officials, and works to build strong partnerships between Cypriot and American professionals. The Chamber’s membership comprises hundreds of distinguished entrepreneurs, executives, and professionals in numerous fields including finance, law, communications, energy, engineering, and architecture. For more information contact: 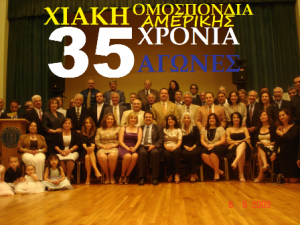 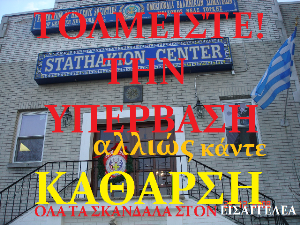