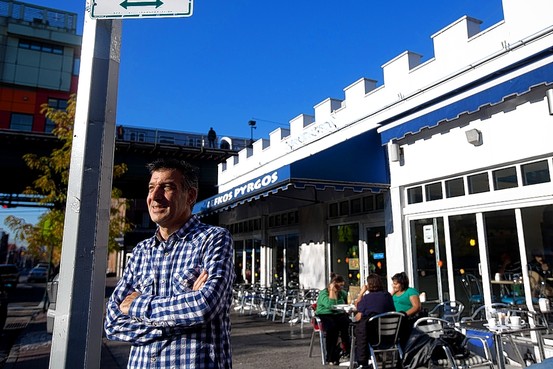 Greek-Americans and their children began moving out of Astoria decades ago, abandoning the Queens neighborhood that once boasted the world’s largest population of Hellenic immigrants for the suburbs or their homeland.

But amid the political and economic turmoil that has shaken Greece this year, that tide may again be shifting. The evidence—only anecdotal so far—can be seen in the clientele at Immigration Advocacy Services, an Astoria-based nonprofit where many “older clients are coming in with questions like, ‘How can I get my nephew here from Greece?'” said director Debra Gilmore.

“The economy is terrible there,” Ms. Gilmore said. “Even if they have jobs, it’s tough, and we’ve seen whole families that are coming back.”

And it’s also apparent in a surge of Greek immigrant students at St. Demetrios on 30th Drive, a private school where students can study Greek dance, Greek music and the language itself.

“Most of them are Greek-Americans that moved to Greece years ago and recently have returned because of the issues that are going on there,” said Anastasios Koularmanis, the principal of St. Demetrios.

Construction worker George Vrusis is among those who returned. Mr. Vrusis came back to Astoria in March after moving to the Greek island of Chios in 2007 with his wife and two children.

“We went to Greece to open up some business,” said Mr. Vrusis, who organized children’s birthday parties in Chios, while his wife started a beauty salon. “Everything was going OK until a year ago when the expenses, they started to skyrocket.”

Mr. Vrusis, who said he will bring his family over from Chios if he can scrape together the money to support them, initially left Astoria after living there for 25 years because the cost of living had become too high. Now, he said, he is afraid to return to Greece.

“If we go back [from the euro] to the drachma, I feel Greece is going to go back 100 years, it’s going to be a lot worse than it is now,” he said. “I convince myself to stay here and bring my family because I’m afraid for tomorrow. I don’t know what’s going to happen.”

Even as interest in Astoria climbs, the Greek population there is unlikely to return to the heights of its heyday. After the federal Immigration and Nationality Act of 1965 did away with a quota system, the neighborhood was home to about 70,000 Greeks. Since then, however, the number of first-generation immigrants has declined steadily to about 9,300 in 2000, from 18,100 in 1990 and 22,600 in 1980.

More recent statistics lump Astoria in with Long Island City and show Greeks as the third-largest foreign-born group in the area, below Mexicans and Ecuadorians.

“Especially since Greece joined the EU [in 1981], the number of Greek immigrants has decreased a lot; we see this in our students,” said Effie Lekas, assistant director of the Center for Byzantine and Modern Greek Studies at Queens College.

“With the crisis in Greece now, there is an expectation that there will be a new wave of immigrants: younger, more educated immigrants looking for a future. The pendulum might swing back,” Ms. Lekas said.

George Alexiou, a real-estate agent and the president of the Greek American Homeowners Association, says he has seen a rise in the number of Greek families moving back to Astoria, in particular those who already own houses in the area and are American citizens.

Despite the changes in population, the neighborhood has retained much of its Greek culture, offering a familiar landscape to those looking to escape.

Nicholas Alexiou has taught sociology at the Center for Byzantine and Modern Greek Studies at Queens College for 20 years, ever since he left Greece. Although he writes poetry depicting Astoria as a Greek enclave that “doesn’t exist anymore,” he said he thinks the area has preserved much of its culture.

On a recent drive through the neighborhood, he pointed out Titan, a massive specialty Greek grocery store that sells everything from olive oil and honey to cheese and sweets. Around the corner, Greek flags are plastered in the windows of houses.

Next, a huge single-storied building: the Greek Music and Video Superstore. Then, the famed Athens Café: Old men in berets gossip over tall, frosted glasses of coffee, sitting outside despite the cold so they can puff on cigarettes. Close by is Elias Corner, which serves up whole fish, lamb chops and plates of soft halloumi cheese.

Greeks and Greek-Americans are still strongly bound to Astoria by economic and familial ties—and that’s still seen in the area, Mr. Alexiou said. “They’ll always have a connection with this neighborhood,” he said. 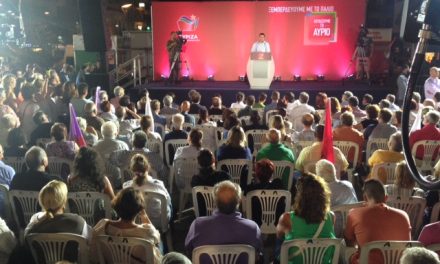 Creditors Loom Over Elections in Greece

The Gulenist terrorists have been defeated in Turkey 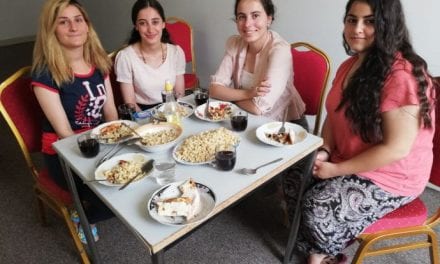 Christian future in the Middle East has faces and names 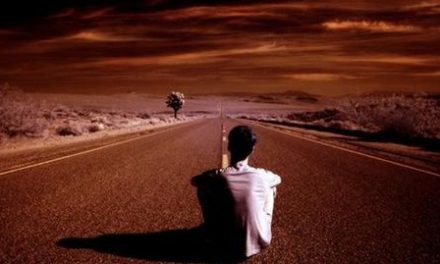