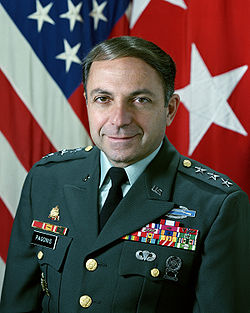 The Homeric Award was established 32 years ago and is presented annually to distinguished individuals, advocates of human rights, democratic ideals and persons who have excelled in furthering human knowledge. For years, the Homeric Award has been considered as one of the most prestigious awards presented by the Greek-American community. From its humble beginnings in 1977, when the late Congressman Benjamin Rosenthal was honored for his contributions in trying to find a just solution to the Cyprus issue, the Homeric Award has been bestowed to a distinguished roster of individuals.

Gus is currently active or has served on the following Board of Directors:

Vice Chairman of the Board, GENCO ATC, Pittsburg, PA

Former Chairman of the Board, Department of Defense Business Board for Former Secretary of

Gus Pagonis was the Head of Supply Chain for Sears, Roebuck and Co. He was responsible for all supply chain functions to include, establishing policies and procedures for the flow of inventory from vendor to store, vendor relations, transportation, distribution, international logistics, home delivery services and the integration of information systems to cement it all together. As Such, he functioned as the single point of contact for all of Sears Logistics. He directed logistics for more than 2.500 stores through a network of strategically positioned distribution centers. In addition, he was President of Sears Logistics Services, Inc., a wholly owned subsidiary of Sears. He retired from Sears in June 2004.

Prior to joining Sears, Pagonis served in the U.S. Army for 29 years, retiring with the 3-star rank of Lieutenant General. Pagonis is widely recognized for his logistical achievements particularly during Desert Shield/Desert Storm. As General Schwarzkopf’s logistics commander, he functioned as the single point of contact and was responsible for all logistics (food, shelter, fuel, ammunition, transportation, contracting) for the Gulf War.

His military awards and decorations include the Distinguished Service Medal, Silver Star, Legion of Merit (with oak leaf cluster), Bronze Star Medal with “V” device (with three oak leaf clusters), three Air Medals, Meritorious Service Medal (with four oak leaf clusters), Army Commendation Medal (with oak leaf cluster), King Abdul Aziz Zad Class Medal (Saudi Arabia), Merit and Honor Medal (Greece) and the Gold Cross of Honor of the Federal Armed Forces (Germany).  He also earned the Combat Infantryman Badge and Parachutist Badge.  His most recent civilian recognitions include being names a 1994 Distinguished Alumni of Pennsylvania State University and receiving an Honorary Doctor of Public Service from the Washington and Jefferson College, Washington, Pennsylvania, in May 1997.  He has listed Marquis’s Who’s Who since 1992.

A native of Charleroi, Pennsylvania, Pagonis completed undergraduate and graduate studies at Pennsylvania State University.  He is author of the Moving Mountains: Lessons in Leadership and Logistics from the Gulf War, published by Harvard Business School Press.

Gus is married to Cheri Pagonis and together they operate The C&G Ranch, an Arabian breeding and equestrian facility located in Evans City, PA.  They have two sons, Colonel Gust Pagonis, U.S. Army, who is married to the former Sonya Fritz.  They have two sons, Josh and Will and a daughter, Kristina; and Robert Pagonis and his daughter, Keilyn. Robert is a graduate of the International Culinary Academy- Pittsburgh, Pennsylvania and a Managing Partner of the UNO Chicago Grill in Cranberry Twp., PA. 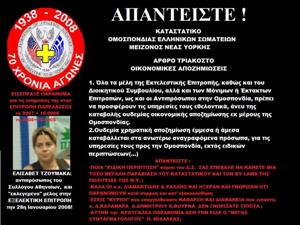 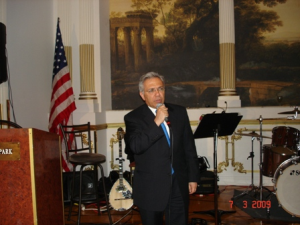