The Greek parents ‘too poor’ to care for their children 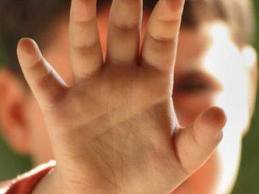 Greece’s financial crisis has made some families so desperate they are giving up the most precious thing of all – their children.

One morning a few weeks before Christmas a kindergarten teacher in Athens found a note about one of her four-year-old pupils.

“I will not be coming to pick up Anna today because I cannot afford to look after her,” it read. “Please take good care of her. Sorry. Her mother.”

In the last two months Father Antonios, a young Orthodox priest who runs a youth centre for the city’s poor, has found four children on his door step – including a baby just days old.

Another charity was approached by a couple whose twin babies were in hospital being treated for malnutrition, because the mother herself was malnourished and unable to breastfeed.

Cases like this are shocking a country where family ties are strong, and failure to look after children is socially unacceptable – they feel to Greeks like stories from the Third World, rather than their own capital city.

One of the children cared for by Father Antonios is Natasha, a bright two-year-old brought to his centre by her mother a few weeks ago.

The woman said she was unemployed and homeless and needed help – but before staff could offer her support she had vanished, leaving her daughter behind.

“Over the last year we have hundreds of cases of parents who want to leave their children with us – they know us and trust us,” Father Antonios says.

“They say they do not have any money or shelter or food for their kids, so they hope we might be able to provide them with what they need.”

Requests of this kind were not unknown before the crisis – but Father Antonios has never until now come across children being simply abandoned.

One woman driven by poverty to give up her child was Maria, a single mother who lost her job and was unemployed for more than a year.

“Every night I cry alone at home, but what can I do? It hurt my heart, but I didn’t have a choice, she says.

She spent her days looking for work, sometimes well into the evening and that often meant leaving eight-year-old Anastasia alone for hours at a time. The two of them lived on food handouts from the church. Maria lost 25 kilos.

In the end she decided to Anastasia into foster care with a charity called SOS Children’s Villages.

“I can suffer through it but why should she have to?” she asks.

She now has a job in a cafe, but makes just 20 euros (£16) a day. She sees Anastasia about once a month, and hopes to take her back when her economic situation improves – but when that might be she has no idea.

SOS Children’s Villages’ director of social work, Stergios Sifnyos, says the charity is not accustomed to taking children from families for economic reasons and does not want to.

“The relationship between Maria and Anastasia is very close. You can say you cannot see any problem, [any reason] why this child has to be far away from her mother,” he says.

“But it’s very difficult for her to feel comfortable to take back the child when she is not sure she will [still] have a job the next days.”

In the past when SOS Children’s Villages took children into its care, the cause was mostly drug and alcohol addiction in the family. Now the main factor is poverty.

Another charity, Smile of a Child, also focused in the past on cases involving child abuse and neglect. It too is now catering for the destitute of Athens.

Its chief psychologist Stefanos Alevizos, says that when a parent puts a child into care, the child feels its entire foundations have been shaken.

“They experience the separation as an act of violence because they cannot understand the reasons for it,” he says.

But Smile of a Child’s Sofia Kouhi says the biggest tragedy, in her eyes, is that those parents who ask for their kids to be taken into care may be the ones who love their children the most.

“It is very sad to see the pain in their heart that they will leave their children, but they know it is for the best, at least for this period,” she says.

He believes that no matter how poor parents may be, the child is always better off with its family.

“These families will be judged for abandoning their children,” he says.

“We can provide a child with food and shelter, but the truth is that the biggest need any child has is to feel the love of its parents.”

The names of children in this report have been changed to protect their identities. 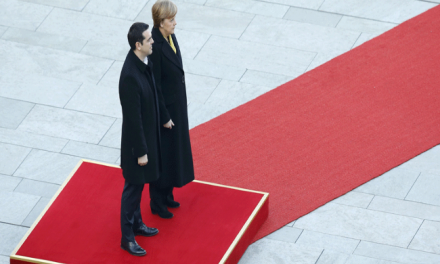 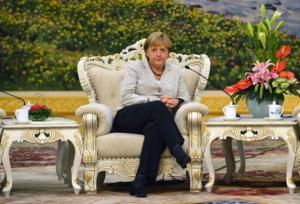 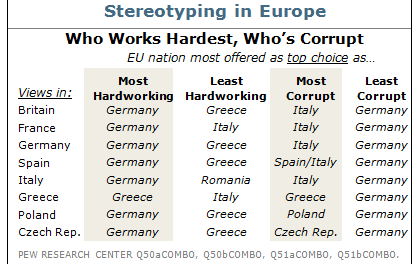 Europe Agrees: Greece Is the Laziest, Most Incompetent Nation in the EU