Much too much ado about Greece

Why does Greece – a country with little more than 2 per cent of the eurozone’s gross domestic product – cause such headaches? On a daily basis, people living as far apart as Beijing and Washington read stories of promises not kept and conditions not met. Would it not be better, they must wonder, to let Greece default and exit from the eurozone, rather than persist in paying such attention to its largely self-inflicted plight?

That Greece might indeed exit is now far from unthinkable. In a co-authored note published last week, Willem Buiter, chief economist of Citi and a devoted adherent of the euro project, judges that the likelihood of a Greek exit over the next 18 months is now as high as 50 per cent. “This is,” the authors add, “mostly because we consider the willingness of [eurozone] creditors to continue providing further support to Greece, despite Greek non-compliance with programme conditionality, to have fallen substantially.” But they also believe that the costs to the rest of the eurozone of a Greek exit are lower than before. The likelihood that this would be allowed to happen has, they suggest, risen correspondingly.

Let us consider the questions any sensible person should ask about the fraught negotiations with Greece.

First, can Greece agree with creditors over debt restructuring or “private sector involvement”, with the “troika” – the European Commission, the International Monetary Fund and the European Central Bank – over the latter’s participation, and with official creditors over a second bail-out? Can all this also happen prior to the next bond redemption, on March 20?

The likelihood is: yes. If so, a disorderly default would at least be postponed. One can identify three reasons for this outcome: despite popular rage, Greek politicians overwhelmingly agree on the desirability of staying inside the eurozone; despite by now pervasive mistrust, the eurozone’s powers that be fear a disorderly default and probable exit; and, finally, the IMF believes that a programme founded on strong structural reforms rather than massive further fiscal contraction or headlong privatisation could work, at least in theory.

Second, is it likely that such a programme would work at all well? The answer is no, as the Citi paper notes. “This is, first, because any restructuring agreed . . . is most unlikely to bring the Greek sovereign to a 120 per cent of GDP gross general government debt stock by 2020 – a declared objective of the second Greek bail-out package – and, second, because even if, by some miracle, Greece were to achieve 120 per cent of GDP general government debt by 2020, this would be far too heavy a . . . burden for the Greek sovereign to carry.” It is near certain then that more debt reduction would be needed in the years ahead, even if everything went perfectly. It will not.

Greece has made progress since the crisis broke, albeit largely as a result of austerity. Its primary fiscal deficit (before interest payments) has shrunk from 10.6 per cent of GDP in 2009 to an estimate of just 2.4 per cent in 2011. This is a big fall, given the scale of the recession. The Greek government is now close to the point at which it needs to borrow only to roll over debts and cover its debt service. But this is not enough. Greece also still needs substantial inflows of foreign exchange, to cover its current account deficits, even if one ignores the external interest on its government debt. In 2011, for example, its current account deficit, before the interest on the debt owed by the government, was still as much as 4.6 per cent of GDP, despite the deep slump. (See charts.)

Would the structural reforms envisaged generate a sufficiently dynamic economy and, above all, the improvements in net exports needed to finance the imports demanded at anything close to full employment? The answer, despite improvements in competitiveness, is: not quickly, even if it can be done at all.

Third, is such a programme in Greece’s own interest? The Greek policymaking elite believes it is. The alternative – a disorderly default and probable exit from the eurozone – would be a step into the unknown. The country would have to introduce and then operate at least temporary exchange controls. It would have to manage a complex restructuring of its public and private debts. It would have to cope with an enormous depreciation of a new drachma and so soaring inflation. It would have to renegotiate its position inside the European Union. It would, finally, suffer huge falls in GDP and real incomes. Would all this be better than soldiering on? Probably not, though who can be sure?

Fourth, would the additional Greek programme be in the interests of the rest of the eurozone and indeed the world? The answer is: probably yes, but not certainly so. The arguments in favour are that a disorderly Greek default, plus exit, could still generate panic elsewhere in the eurozone and that the costs of preventing this by helping Greece are not large, set against the costs of such disorder. The argument against this position is that the eurozone has the means to halt the spread of panic even after a Greek meltdown, particularly if the ECB and the governments were willing to act decisively, in response to any runs on banks and sovereigns elsewhere. Yet another argument against, not to be taken that lightly, is that it would be better to end the pretence that the programmes with Greece will work and so make clear that failure does have consequences.

Finally, what does the Greek epic tell us about the eurozone? Greece itself, though an important irritant, cannot be decisive for the future of the currency area. Yet the fact that this small, economically weak and chronically mismanaged country has been able to cause such difficulty also indicates the fragility of the structure. Greece is the canary in the mine. The reason it has caused such difficulty is that the country’s failings are extreme, not unique. Its plight shows that the eurozone still seeks a workable mixture of flexibility, discipline and solidarity.

The eurozone is in a form of limbo: it is neither so deeply integrated that break-up is inconceivable, nor so lightly integrated that break-up is tolerable. Indeed, the most powerful guarantee of its survival is the costs of breaking it up. Maybe that will prove sufficient. Yet if the eurozone is to be more than a grim marriage sustained by the frightening costs of dividing up assets and liabilities, it has to be built on something vastly more positive than that. Given the economic divergences and political frictions revealed so starkly by this crisis, is that now possible? That is the most difficult question of all. 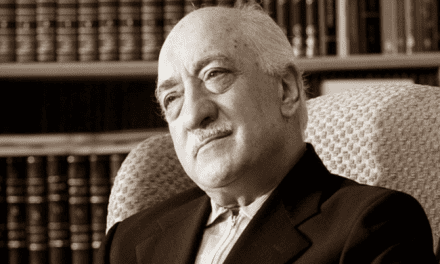 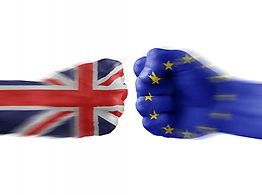 EU on the Cusp of Second Deluge of Illegal Immigrants 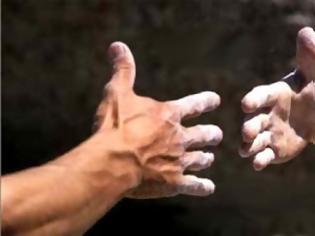 Saving Greece From Within 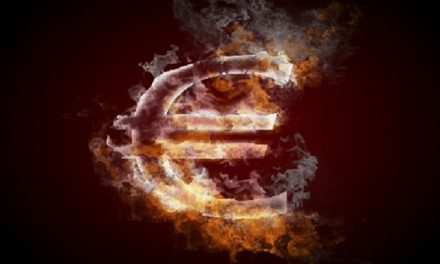