(Reuters) – European Union leaders, advised by senior officials to prepare contingency plans in case Greece decides to quit the single currency, urged the country to stay the course on austerity and complete the reforms demanded under its bailout program.

After nearly six hours of talks held during an informal dinner, leaders said they were committed to Greece remaining in the euro zone, but it had to stick to its side of the bargain too, a commitment that will mean a heavy cost for Greeks.

“We want Greece to stay in the euro, but we insist that Greece sticks to commitments that it has agreed to,” German Chancellor Angela Merkel told reporters after a Wednesday evening summit in Brussels dragged long into the night.

Three officials told Reuters the instruction to have plans in place for a Greek exit was agreed on Monday during a teleconference of the Eurogroup Working Group (EWG) – experts who work for euro zone finance ministers.

The Greek finance ministry denied there was any such agreement but Belgian Finance Minister Steven Vanackere, said: “All the contingency plans (for Greece) come back to the same thing: to be responsible as a government is to foresee even what you hope to avoid.”

Two other senior EU officials confirmed the call and its contents, saying contingency planning was only sensible.

In its monthly report, Germany’s Bundesbank said the situation in Greece was “extremely worrying” and it was jeopardizing any further financial aid by threatening not to implement reforms agreed as part of its two bailouts.

It said a euro exit would pose “considerable but manageable” challenges for its European partners, raising pressure on Athens to stick with its painful economic reforms.

Greek officials have said that without outside funds, the country will run out of money within two months and there remains the threat that if it crashes out of the euro zone, other member states could be brought down too.

A document seen by Reuters detailed the potential costs to individual member states of a Greek exit and said that if it came about, an “amiable divorce” should be sought with the EU and IMF possibly giving up to 50 billion euros to ease its path.

Although EU leaders’ minds will have been focused by that prospect, disagreements have flared over a plan for mutual euro zone bond issuance and other measures to alleviate two years of debt turmoil, such as giving countries like Spain an extra year to make the spending cuts demanded of them.

“The idea is to put energy into the growth motor. All the member countries don’t necessarily share my ideas. But a certain number expressed themselves in the same direction,” new French President Francois Hollande told reporters.

For the first time in more than two years of crisis summits, the leaders of France and Germany did not huddle beforehand to agree positions, marking a significant shift in the axis which has traditionally driven European policymaking.

Instead, Hollande met Spanish Prime Minister Mariano Rajoy in Paris to discuss policy, before the pair travelled to Brussels by train.

Despite fears Greeks could open the departure door if they vote for anti-bailout parties at a June 17 election, Spain, where the economy is in recession and the banking system in need of restructuring, is at the front line of the crisis.

After meeting Hollande, Rajoy said he had no intention of seeking outside aid for Spain’s banks, which are laden with bad debts from a property boom that bust and still has some way to go before it touches bottom.

But his government said its rescue of problem lender Bankia would cost at least 9 billion euros and it is also seeking ways to help its highly indebted regions meet huge refinancing bills.

Socialist Hollande’s election victory has significantly changed the terms of the debate in Europe, with his call for greater emphasis on growth rather than debt-cutting now a rallying cry for other leaders.

That has set up a showdown with conservative Merkel, whose primary objective is budget austerity and structural reform.

At his first EU summit, Hollande chose to make a stand on euro bonds – issuing common euro zone debt – despite consistent German opposition to the idea. “I was not alone in defending euro bonds,” he said.

Merkel showed no sign of dropping her objections to the proposal, which she has said can only be discussed once there is much closer fiscal union in Europe. “There were differences in the exchange about euro bonds,” she said bluntly.

The Netherlands, Finland and some smaller euro zone member states support her.

No major decisions were made at Wednesday’s summit, which was intended to promote ideas on jobs and growth ahead of another meeting at the end of June.

But debate was intense, not just over euro bonds but over how to rescue banks and whether to give more time to struggling euro zone countries to meet their budget deficit goals.

“We haven’t come together to confront each other … but we have to say what we think – what are the right instruments, the right methods, the right steps, the right initiatives to raise growth,” Hollande said.

The leaders discussed broad measures to stem the fallout from a winding up or restructuring of bad banks, EU officials said, with the European Central Bank pressing for the bloc to stand behind its struggling lenders but with Merkel’s approval seen as far from guaranteed.

At the heart of the discussion are proposals from the European Commission for a legal framework to wind up or reorganize insolvent banks so as to avoid a repeat of the multi-trillion-euro taxpayer bailouts during the financial crisis.

Another suggestion is for the euro zone’s rescue funds to be allowed to recapitalize banks directly, rather than having to lend to countries for on-lending to the banks. But that is another idea with which Germany is uncomfortable.

Having rallied on Tuesday, European stocks dropped 2.2 percent as investors priced in a lack of dramatic policy action. The euro tumbled against the dollar to its lowest since August 2010 and Spanish and Italian borrowing costs climbed.

A German two-year debt auction gave a stark illustration of how money is dashing for safe havens. Investors snapped up the 4.5 billion euros of paper on offer even though it came with a zero coupon – offering no return at all.

With the euro zone registering no growth in the first quarter and threatening to slip back into recession, policymakers touted three ideas to provide stimulus:

– Doubling the paid-in capital of the European Investment Bank, the EU’s co-financing arm, to a little over 20 billion euros.

– Redirecting structural funds which tend to flow to poorer countries, to other areas where they might reap more immediate growth rewards.

Even if all three proposals were to be activated quickly, economists say they will not provide a sufficient shot in the arm to the euro zone and the wider EU economy. 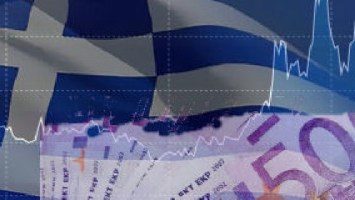 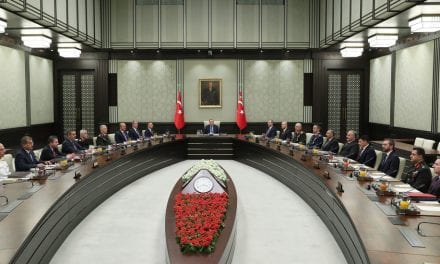 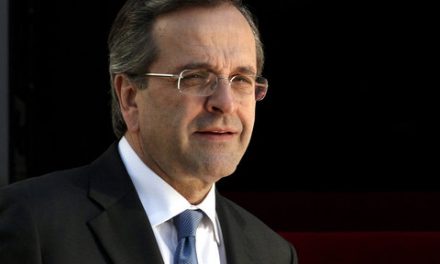 Greeks Will Always Have Paris as Bailout Extension Looms