Is Europe trying to kick Greece out? 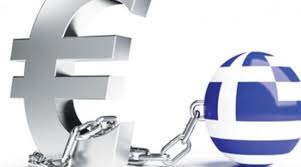 We last checked in on Greece in the direct aftermath of the country’s election, where New Democracy, the pro-bailout party eked out a slim win. Since then, ND has managed to overcome the first potential hurdle, forming what looks to be a stable government. For now.Which means it’s time to move onto the next set of negotiations that could destroy the euro zone and plunge the world into a miserable recession: the renegotiation of the Greek bailout. The expectation was that if the Greeks voted the “right” way — that is to say, voted for New Democracy, which wanted to largely abide by the bailout, rather than for Syriza, which wanted to kick Germany in the shins and walk away — the Powers That Be in the euro zone would reward the Greeks by loosening the terms of the agreement.

The renegotiated terms could include more time for Greece to hit its deficit targets, lower interest rates on their loans, more money to bolster their budget, or even some kind of external stimulus. France is open to any or all of those. Germany, the Netherlands, and some of the other Northern European nations say they are not.

If the Northern Europeans prevail, the odds that Greece will manage to keep to tis timetable are low, and the odds that New Democracy and its coalition will survive are infinitesimal. Voters do not tend to like parties that aren’t able to deliver anything more than a ringing endorsement of crushing poverty at the hands of more powerful countries.

The Northern Europeans know that, of course. So you might ask why they seem so intent on cracking Greece in half. One plausible story I’ve begun to hear is that an increasing number in the euro zone actually want to drive Greece out. The idea, basically, is that Greece is such an unsalvageable basket case, and its economy is so much weaker than anyone else’s, and its governments have been so much more dishonest and difficult to deal with, that solving Greece’s problems would mean rewarding irresponsibility while not solving them would mean an endless cycle of crisis. At some point, it’s better just to cut them off and cauterize the wound.

At that point, having shown how serious they are about punishing wayward members, the euro zone can extend more support to the remaining, and more responsible, countries in the currency union. Having made an example out of Greece, and forced everyone to stare into the abyss, they will both have more support for saving the rest of the periphery and less fear that other countries will think they can flout the rules without consequences.

But, of course, the euro zone can’t be seen to actually cut any countries off. All they can do is make it impossible for Greece to remain. Which appears to be what they’re doing. It almost goes without saying, of course, that if this is the plan, the chances for it to go awry and wreck the world economy as the euro zone collapses under a series of unmanageable runs are very, very high.

The euro zone is divided over easing Greece’s bailout terms. “Eurozone finance ministers sparred over whether to allow more time for Greece to hit tough deficit targets mandated in its €174bn bailout, with representatives from most triple-A northern countries vowing no leeway while the French minister indicated his government was open to such a shift…Some EU officials have said the Greek programme could be put back on a realistic track by giving Athens more time to hit its budget targets and adding about €20bn to the bailout, but new money is anathema in Germany and in the Netherlands, which is in the middle of a high-stakes national election where anti-bailout parties are gaining in the polls.” Peter Spiegel in The Financial Times.

The IMF is challenging Germany’s approach to the euro crisis. “The International Monetary Fund on Thursday challenged Berlin’s game plan for pulling the eurozone out of its crisis by advocating a series of short-term fixes that the German government has resisted. Christine Lagarde, the IMF chief, said eurozone leaders needed to prevent the single currency from deteriorating further by considering the resumption of bond buying by the European Central Bank and pumping bailout money directly into teetering banks…In addition to the short-term measures, Ms Lagarde also called on the eurozone to complete a fiscal and banking union in the longer-term, structures that she said should include a eurozone-wide bank deposit guarantee scheme and ‘gradual but limited’ mutualisation of eurozone sovereign debt – both measures also resisted by Berlin.” Peter Spiegel and Alex Barker in The Financial Times.

Spain released stress tests of its banks. “Spain has sought to ease investors’ fears that it needs a full-scale international bailout of its economy by publishing two ‘stress tests’ showing that Spanish banks need between €16bn and €62bn in new capital. The estimates of how much extra capital its banks might need fall well within the sum of up to €100bn that Spain requested for its financial system from its eurozone partners this month. Fernando Restoy, deputy governor of the Bank of Spain, said the numbers were ‘a long way from the maximum that the eurogroup agreed to make available to Spain.” Victor Mallet and Ralph Atkins in The Financial Times.

The ECB is poised to relax its collateral rules. “The European Central Bank is poised to relax its collateral rules for central-bank loans in a bid to ease strains on commercial banks in Spain and the rest of Southern Europe, according to people familiar with the matter. ECB officials have broadly agreed to make more types of securities, including certain mortgage-backed and asset-backed securities, eligible as collateral at its lending facilities…A loosening of collateral rules would provide a lifeline to struggling banks in Spain, still dealing with the aftermath of that country’s burst property bubble.” Brian Blackstone in The Wall Street Journal.

Greece’s new government ruled out massive public-sector layoffs. “Greece’s new three-party coalition government on Thursday ruled out massive public-sector layoffs, a move that could help pacify restive trade unions but could set it on a collision course with international creditors demanding substantial cuts in public spending. The country’s new government also confirmed that it aims to revise the terms of its latest, €173 billion ($218.6 billion) bailout–but without putting at risk its presence in the euro zone…Cutting the size of the public sector has been a top demand by Greece’s creditors–the European Union, European Central Bank and International Monetary Fund–to reduce costs and help Greece meet its budget-deficit targets needed for the country to get more financing. So far, Greece has laid off just a few hundred workers and failed to implement a so-called labor reserve last year, which foresaw slashing the public sector by 30,000 workers.” Nektaria Stamouli, Stelios Bouras, and Costas Paris in The Wall Street Journal.

European banks may be artificially boosting their health. “Regulators and investors are concerned that some European banks are artificially boosting a key measure of their financial health, a worry that is further eroding market confidence in the Continent’s banks…At issue is the way banks calculate and disclose their capital ratios. The ratios are comprised of certain types of equity expressed as a percentage of the bank’s ‘risk-weighted assets’–a fuzzy measure that an increasing number of regulators and investors fear is subject to abuse by banks.” David Enrich and Max Colchester in The Wall Street Journal.

Business activity in the eurozone contracted sharply. “Business activity in the euro zone contracted sharply in June, a closely watched survey showed, underscoring the currency bloc’s deepening economic malaise as it confronts an escalating debt crisis along its southern fringe. A pronounced drop in German manufacturing activity raised fears that the region’s largest economy, and primary financial backer, is beginning to buckle from the region’s debt crisis. The euro’s recent slide, which helped boost exports in German and other economies two years ago, is unlikely to provide much support now, economists and business leaders said…The euro-zone purchasing managers’ index was 46 in June, unchanged from May’s three-year low and well below the break-even threshold of 50 between expansion and contraction, according to data-services firm Markit, which compiles the figures based on a survey of purchasing executives.” Brian Blackstone in The Wall Street Journal.

JOHNSON: The problem with the euro is the exchange rate itself. “Most current policy discussion concerning the euro area is about austerity. Some people, particularly in German government circles, are pushing for tighter fiscal policies in troubled countries (i.e., higher taxes and lower government spending). Others, including in the new French government, are more inclined to push for a more expansive fiscal policy where possible and to resist fiscal contraction elsewhere…But both sides of this debate are missing the important issue…The underlying problem in the euro area is the exchange rate system itself – the fact that these European countries locked themselves into an initial exchange rate, i.e., the relative price of their currencies, and promised never to change that exchange rate. This amounted to a very big bet that their economies would converge in productivity – that the Greeks (and others in what we now call the ‘periphery’) would, in effect, become more like the Germans.” Simon Johnson in The New York Times. 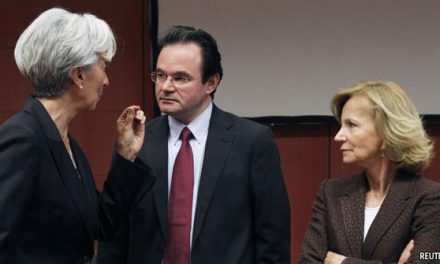 The Islamic State of Al-Qaeda