As Greece prepares to vote, a new age of Eurozone tension begins 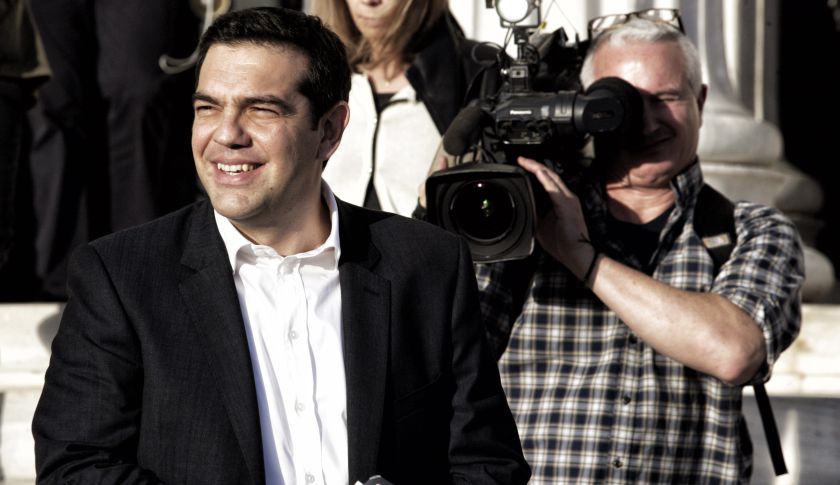 Last May, during a conference with his left-wing allies in Germany, the leader of Greece’s populist Syriza party offered a warning to German Chancellor Angela Merkel. “I regret that I will say it here in Berlin,” Alexis Tsipras told his comrades from the German fringe party known as Die Linke (The Left). “Merkel, who will listen to it, will be upset. But soon she will have to deal with a government of the Left in Greece.”

That message now seems prophetic. Not only is Syriza expected take the most votes in this weekend’s Greek parliamentary elections, but the core platform of its leader is set to pose a major challenge for the German Chancellor. Tsipras, the telegenic populist who, at 40, could soon become the first politician from the radical left to take power in Europe in a generation, has pledged to defy his country’s creditors, particularly Germany, by rejecting the austerity measures they have imposed on Greece as a condition for the 240-billion-euros ($278 billion) worth of bailouts it has received since 2010.

He has also asked Germany and other European donor nations to forgive a large chunk of Greece’s debt. One alternative would be for Greece to abandon the European Union’s common currency, the euro, and slam the door behind by declaring some form of bankruptcy. That prospect, known as the Greek exit, or “Grexit,” could be calamitous for the stability and long-term prosperity of the E.U. economy, in particular the German locomotive that drives it.

For one thing, it would pose the risk of a domino effect, as other debt-laden countries, notably Portugal, Spain and Italy, will start to consider bailing on the Eurozone as well, says Henning vom Stein, the head of the Brussels office for the Bertelsmann Foundation, a leading European think-tank. “It will not end at Greece,” he says. “The single market is the engine of the European Union,“ he adds, and if Greece leaves, the whole thing could start to unravel.

For Greece, however, that would also be a disaster. Abandoning the euro would isolate its economy and force it to return to its former currency, the drachma, which would then plunge in value. Even a partial default on its debt would also sever Greece’s access to more loans for years to come. “There is no scenario under which an exit would make sense for Greece,” says Henning Vöpel, a senior economist at the Hamburg Institute of International Economics. So raising the prospect of a Grexit “is not a credible threat,” he adds.

It is more like the start of a painful negotiation over what to do about the failing Greek economy. What seems clear to all sides is that something has to give. The debt burden of the Greek government is now at 177% of its GDP, the highest in Europe, while the austerity measures imposed on Greece by its European creditors have forced massive budget cuts on everything from medical care to pensions and road maintenance. More than a quarter of the population is now unemployed, and among Greek youth, the jobless rate is close to 60%.

The resulting social unrest has proven fertile ground for populist parties like Syriza, and the result will be clear in this weekend’s elections. Tsipras is already preparing for the day after. In an appeal published this month in the German daily Handelsblatt, he asked the German public to help give Greece a “European New Deal” that would release the Greek people from the humiliating conditions of austerity. “Greece’s debt…will never be serviced, especially while Greece is being subjected to continuous fiscal water boarding,” he wrote.
Europe’s wealthier nations are still a long way off from accepting Syriza’s core demand — a reduction in the principle value of Greek debt. At the World Economic Forum in Davos on Thursday, one of the more recalcitrant voices on this issue was Finnish Prime Minister Alexander Stubb: “It will be very difficult for us to forgive any loans,” he said during a panel discussion. At the same time, a Grexit would be still more difficult, he added: “We need to try to avoid the dirty exit at all costs.”

The key question now is how high those costs will be for Europe, and in particular for Germany. It will be hard for Merkel, who has seen a worrying rise in support for the anti-euro Alternative für Deutschland party, to convince her voters that, for the sake of European prosperity and solidarity, Greece needs yet another break. Stubb faces the same problem in Finland with the “True Finns” party.

Nor will it be easy for any Greek government to stay the course of austerity without causing a major public backlash. Already violent street protests have become the norm in Athens, often calling for Greece to throw off the strictures of its bailout program and go it alone. “There is quite a serious anti-German sentiment among the Greek population,” says Eleni Panagiotarea, a research fellow at the Eliamep think tank in Athens. “They feel they have been marginalized.”

The Syriza campaign has played on those feelings, painting the country’s lenders as the source of Greece’s troubles since the global financial crisis began. But if it wins, Syriza will still need to compromise with the very institutions it has been demonizing, and the threat of a Grexit will be a useful tool. “They’re basically playing a game of chicken,” Panagiotarea says of the Syriza party. “Their logic is that these lending institutions will blink first, because they do not want to take the blame for a Grexit.” 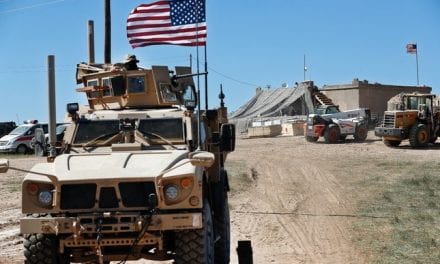 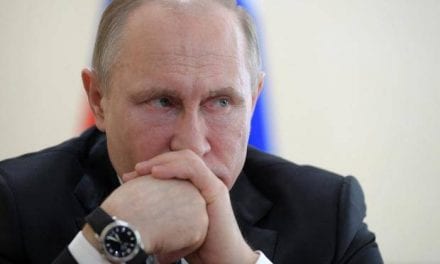 Forget Iran. Russia is the real threat to the US in the Middle East 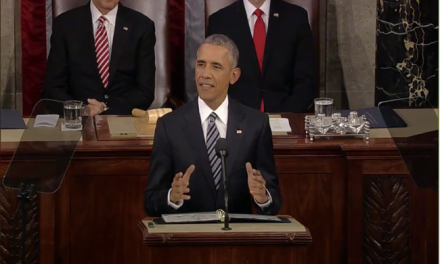 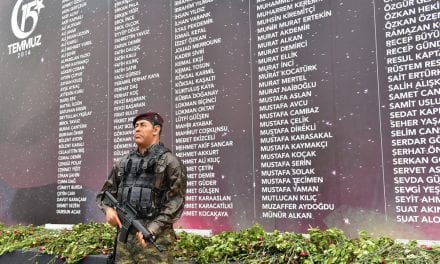