Greece to force ‘moment of truth’ for creditors 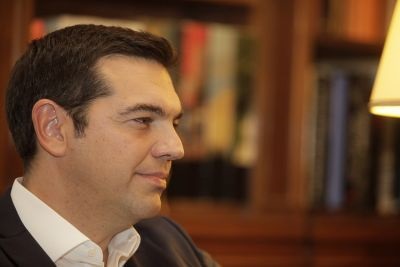 The dinner ended a two-day trip to Paris, Strasbourg and Brussels to gather support ahead of a week when Tsipras wants to force Greece’s creditors to agree on a deal to unblock up to €5 billion of new aid.
Meeting with Springer’s top brass could help boost German public opinion in the upcoming showdown with creditors.

Meetings with the French president Francois Hollande on Wednesday and the president of the European Parliament Martin Schulz on Thursday were more standard.

Both leaders said that the first review of the bailout programme agreed last August should be concluded quickly.

“We are very optimistic and satisfied,” a source close to Tsipras’ office told EUobserver.

“Hollande and Schulz are in line with our position. They seem to understand that what Greece has achieved is better than expected and that creditors should be able to take that into consideration.”

Negotiations between the Greek authorities and the country’s creditors – the European Commission, the European Central Bank (ECB), the European Stability Mechanism and the International Monetary Fund (IMF) – were suspended this week because of the IMF’s spring meeting in Washington.

Deal ‘within reach’
“We are very close to reaching an agreement. We have a credible package of measures that is ready,” Greek finance minister Euklid Tsakalotos said on Tuesday after talks failed to lead to an agreement and were suspended.

“Lots of work has been done in the last couple of months. Now if there is a will from all sides it can be done in a relatively short time,” he said.

But the Greeks believe the will is missing from some in the “quartet” of lenders. That is why Tsipras and Tsakalotos decided to accelerate the process and put the creditors in face of a fait accompli.

At the beginning of next week, the government will present two bills to the Greek parliament, on pension reform and on tax policies. They will be tabled before any agreement with the quarter, which the creditors say is a violation of the programme’s memorandum of understanding signed last year.

“The legislation will be passed by the end of the month and there is time to make adjustments,” Tsakalotos said while announcing the move on Tuesday.

“It’s right that we need to listen to the opinion of the institutions. But as a sovereign country, we have the last word.”

‘We cannot delay the process’
For the Greek government, the decision to go to parliament is a manner to put creditors in face of their responsibilities, the Greek contact said.

“It will be a moment of truth,” when creditors will have to decide whether they want an agreement in the first review, the contact said.

“We can’t afford to keep losing time. The content of the bill is completely in line with the memorandum,” the source said.

The completion of the review has stumbled on the scale of the pension reform and tax increase to meet budgetary targets.

While the Greek government refuses to reduce current pensions, the IMF and the European institutions disagree on the means to reach the targets.

The IMF and the EU have “technical differences over the Greeks’ capacities to ensure financial sustainability,” finance commissioner Moscovici told Le Monde newspaper this week.

‘Heroic effort’
On Thursday, IMF chief Christine Lagarde said that reaching the target of 3.5 percent of GDP primary surplus in 2018 set out in the memorandum would take a “heroic effort” and would not be sustainable even if met.

The IMF says that some kind of debt relief will be necessary to make Greek finances sustainable in the long run, but the Europeans, and especially the Germans, are wary.

The IMF also says the more far-reaching the reforms will be, the less debt relief will be necessary. But the Europeans do not want to impose new tough restrictions on Greece.

“The commission’s feeling is that we have to reach a certain point of financial sustainability but also to respect a certain level of social stability,” Moscovici said in his interview. “We won’t ask for additional effort.”

No date has been set for the return of the creditor’s negotiators to Athens. But informal talks are being held in Washington, where all main EU and IMF officials are gathered.

By bringing the parliament in the game, Tsipras wants to outpace the quartet. His decision was partly influenced by a leaked discussion between IMF officials earlier this month.

In the alleged phone call, the officials discussed the possibility of an “event”, namely a liquidity shortage, that would force Greece to accept the fund’s conditions for an agreement on the review.

Greece is due to repay €10 billion to the ECB in June and July and needs a deal before that.

With the expected debate and vote in the Greek parliament and an informal meeting of eurozone ministers in Amsterdam on Friday (22 April), next week will be crucial to avoid a repeat of last year’s spring and summer Greek drama. 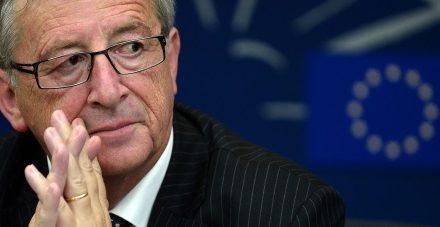 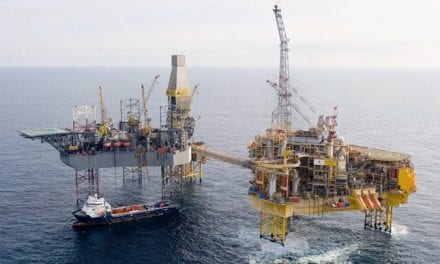 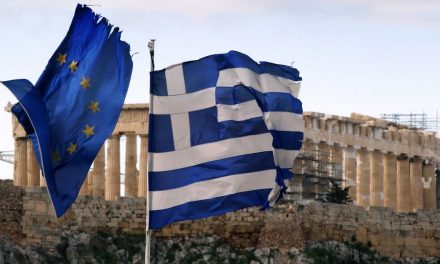 Germany sounds ready to kick Greece out of the euro 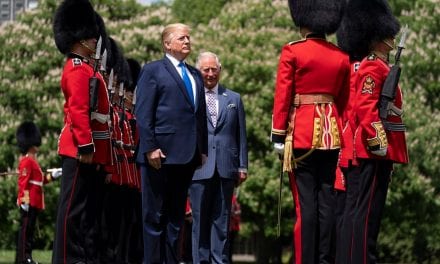