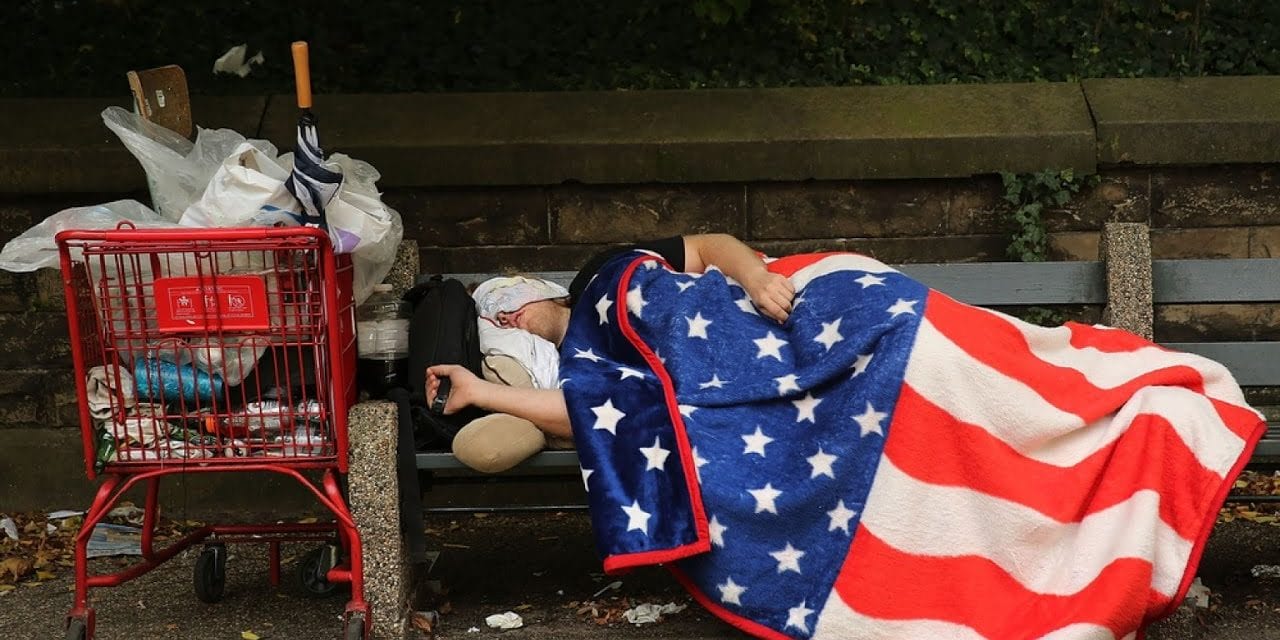 The economic stability is rapidly deteriorating

There Are Large Parts Of America Being Left Behind…

Economic prosperity is concentrated in America’s elite zip codes, but in an interesting report on Distressed Communities, from The Economic Innovation Group, it is increasingly clear that economic stability outside of those communities is rapidly deteriorating.

As Axios noted, this isn’t a Republican or Democratic problem. At every level of government, both parties represent distressed areas. But the economic fortunes of the haves and have-nots have only helped to widen the political chasm between them,and it has yet to be addressed by substantial policy proposals on either side of the aisle. 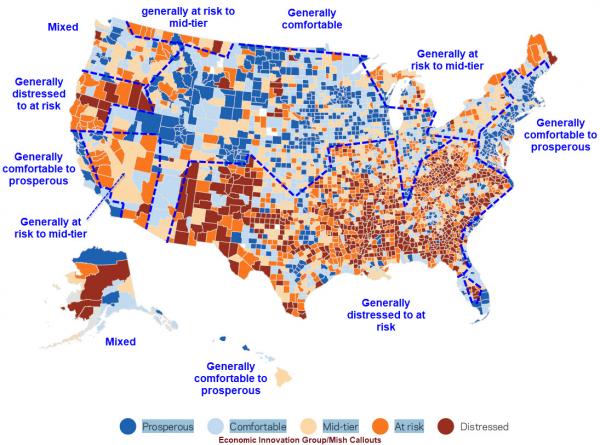 As MishTalk.com’s Mike Shedlock writes below, the study notes:

“America’s elite zip codes are home to a spectacular degree of growth and prosperity. However, millions of Americans are stuck in places where what little economic stability exists is quickly eroding beneath their feet.”

Distress is based on an evaluation of seven metrics. 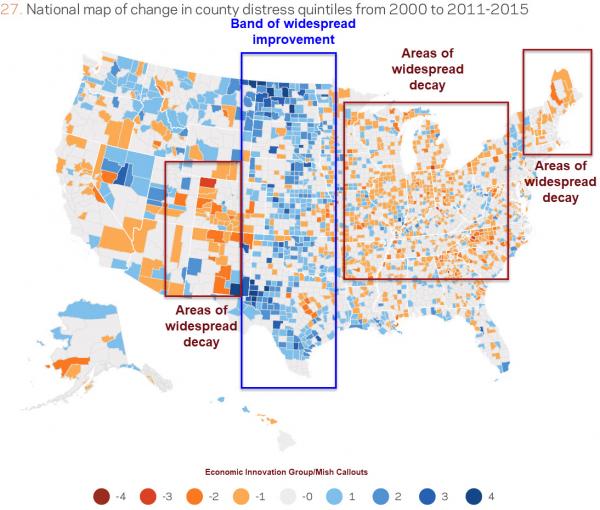 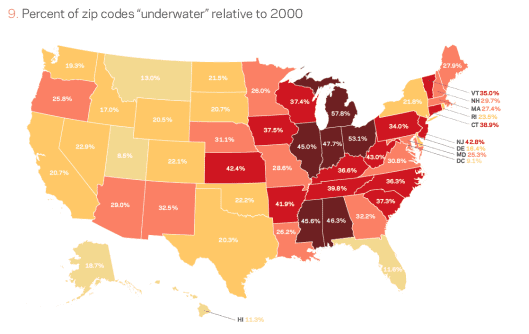 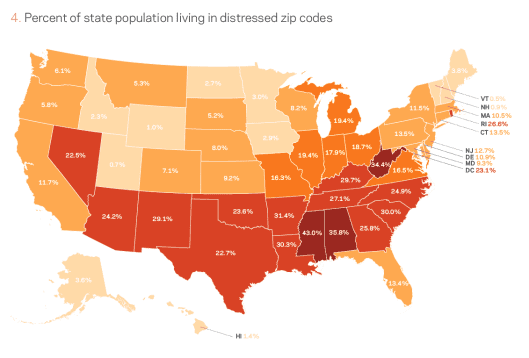 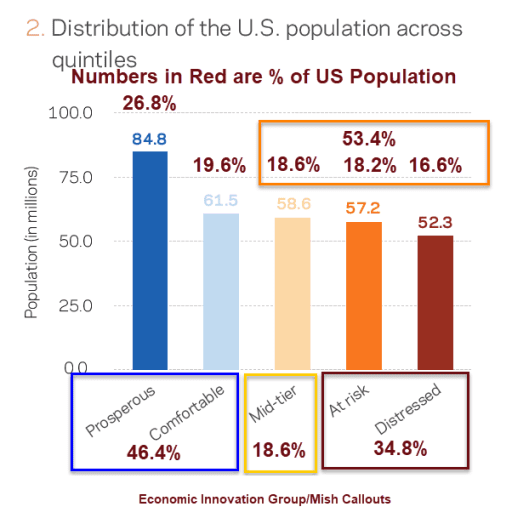 “It is fair to wonder whether a recovery that excludes tens of millions of Americans and thousands of communities deserves to be called a recovery at all.” 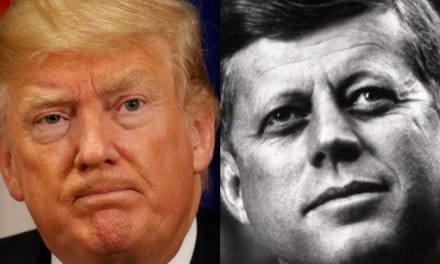 Why Trump is releasing the JFK files? 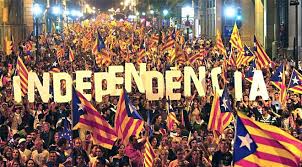