Washington prepares successor for its spiritual representative in Turkey 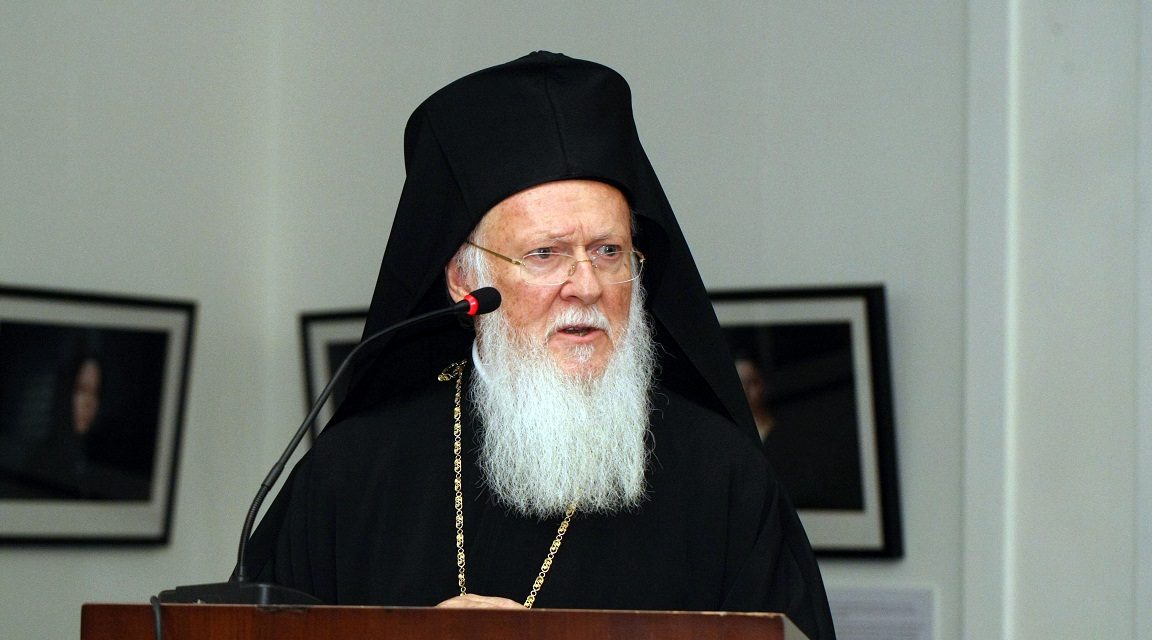 IN THE EYES OF TURKISH PEOPLE, THE BEST THING IN ELPIDOPHOROS’ FAVOUR IS THE ABSENCE OF A NEGATIVE IMAGE IN THE MASS MEDIA.

When Constantinople was captured by Turks in 1453, the only organization left of the Byzantine Empire was the ‘Ecumenical’ Patriarchate. For more than a quarter of a century this has been led by Patriarch Bartholomew I but recent events have blackened his reputation in Turkish society.

First, after last year’s coup attempt the Patriarch’s ties with US intelligence and Fethullah Gulen were revealed. With the active involvement of Bartholomew I in international politics, it has become clear that he pursues not just his own interests. The Patriarchate’s reputation in the Orthodox world has also been damaged, in particular due to the 2016 Council held on Crete. The event was meant to be a Holy and Great Council that would witness the unity of Orthodox Christians. However, the hierarchies of several Churches representing the majority of the Orthodox World refused to go to Crete.

Patriarch Bartholomew imposes its decisions on all the Orthodox Christians and Antiochian, Georgian and Bulgarian Patriarchates doubt whether the council can be referred to as “Holy and Great”. The Russians do not recognize the Council as Pan-Orthodox but consider it a step in the right direction. All of this has sparked a discussion on whether Bartholomew, a controversial person, should retire.

At the same time, the ‘Ecumenical’ Patriarchate is torn by inner conflicts. Last July saw a confrontation between the Fener and its affiliate in the US Greek Orthodox Archdiocese, the main source of income of the Patriarchate in Turkey. First, there was conflict between Patriarch Bartholomew and the head of the personnel department of Archbishop Demetrios. The latter was then accused of maladministration and of nearly bankrupting his diocese. The media speculated on the 89-year-old American Archbishop’s possible retirement.

The candidates for the two offices – in Istanbul and New York – are Metropolitan Emmanuel (Adamakis) of France and Metropolitan Elpidophoros (Lambriniadis) of Bursa (Turkey). Both may be behind attempts to create discord and discredit the acting leaders – Patriarch Bartholomew and Archbishop Demetrios. For an outsider it may seem that metropolitans Emmanuel and Elpidophoros are rivals.

However, according to more knowledgeable sources the two agreed on their roles long ago. Being the eldest of the two and accustomed to a slow-paced and comfortable life, Emmanuel chose the post in the US. Also, the name of Metropolitan Emmanuel is unknown in Turkey, and he doesn’t speak Turkish, which would complicate his relations with the authorities. Therefore, he left the ‘Ecumenical’ Patriarchate to the younger and more active Metropolitan Elpidophoros, who is seen as an ideal candidate by Ankara.

Elpidophoros is not only a Turkish citizen but also was born in Istanbul. He is fluent in Turkish and doesn’t overly publicise his Greek origin. He enjoys the attention of the local media which quote him as saying how his activity would foster educational development and boost tourism to Turkey. The metropolitan is also on good terms with the Turkish authorities. This is important because, according to long-standing practice, the Istanbul Mayor can delete any unwanted name from the list of candidates.

Elpidophoros has never publicly expressed support for the US or criticized the Turkish government.

However, is everything really so “nice and rosy”? Why, one has to ask, would a Greek Orthodox Metropolitan wish to so blend into Turkish society, disregarding the perennial insults and national pride still strong in the hearts of his contemporaries? What do we know about Metropolitan Elpidophoros?

In the eyes of Turkish people, the best thing in Elpidophoros’ favour is the absence of a negative image in the mass media. But everything can’t be in secret.

So, let’s look at what we know about him.

Metropolitan Elpidophoros commands the attention of western journalists. For instance, here is an interview on the Cyprus issue and the reopening of the Halki seminary on the site of the Monastery of the Holy Trinity on the Halki Island (Turkish: Heybeliada). He is also cited in popular Arab-American media like Al Monitor. However, the personal views of the Dean of the School remain a secret.

Appointed Metropolitan of Bursa in 2011, Elpidophoros began to purchase ancient Byzantine churches and restore them. In September 2012, he bought the world’s third oldest Orthodox Church, Taksiyarhon Church, in the province of Mudanya. In 2007 this property was valued at about $400,000. Judging by the building’s condition, the restoration project and work initiated in 2014 also required vast amounts of money. But where did Elpidophoros get it from? Was it from the Greek Orthodox Patriarchate whose congregation in Turkey is noticeably small? Or from his Western friends, who are intermediaries between the Patriarchate and the US intelligence? Or were Turkish taxpayers the source?

The Metropolitan of Bursa also was involved in the “St. John Church affair” in the same Mudanya province. In 2011, a Turkish businessman bought the lot and planned to renovate the church and set up a hotel there. But, strangely, he could not start construction because of bureaucratic obstacles created by the local authorities who, for various reasons, refused to authorize the work. As a result, St. John Church was offered to Metropolitan Elpidophoros for $1 million.

Turning to international relations, Elpidophoros rarely meets foreign politicians, unlike Patriarch Bartholomew. Though the local authorities attempted to bring Greece’s Prime Minister Alexis Tsipras to Halki island to meet Elpidophoros, the School Dean has not yet met with him. It would be interesting to know what a high-ranking Greek official and atheist and a modest Turkish metropolitan would find to discuss together.

Nonetheless, Mr. Lambriniadis attended meetings between Patriarch Bartholomew and Joe Biden, the U.S political veteran, a number of times. Moreover, Elpidophoros received some very interesting guests on Heybeliada. For example, he was visited by the U.S Assistant Secretary of State for European and Eurasian Affairs, Philip H. Gordon, a man probably tied to the US special services. Having left the Department of State at the zenith of his powers, Mr. Gordon is now a senior fellow at the Council on Foreign Relations.

A recently published article in the Turkish newspaper Sozcu revealed the true motives of Bursa’s Greek Metropolitan and the people behind him. In particular, Elpidophoros disseminated brochures and maps of Bursa province in Byzantine times, the period Greek politicians would like to revive. However, because of severe economic crisis, Greece is dependent on the U.S and EU, which control Athens via financial aid and by using politicians’ ambitions to advance their Middle East policy. Interestingly, the article’s author blames the previously mentioned US Council on Foreign Relations for attempts to cause divisions in Turkey.

It is quite natural that Turkey’s enemies would prefer such activity not to attract the attention of Turkish special services and to make Patriarchate clergymen look independent. Distrust in Patriarch Bartholomew in Turkey, which has grown after the 2016 coup attempt, hinders the US intelligence activity and creates political risks. That is why Washington has a direct stake here, preferring to wait for the scandal to be forgotten. The US is also keen not to commit the same mistakes with the future head of the Patriarchate. So, it seeks to install Metropolitan Elpidophoros as the leading candidate in the eyes of the Turks.

Even so, it is not that difficult to see who is behind him. 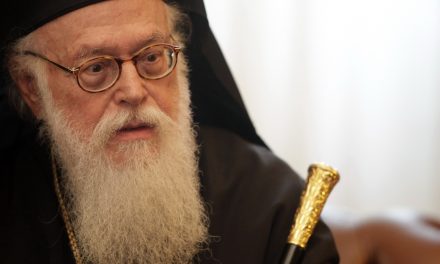