Recent events taking place in the Balkans surrounding the push for an Independent Kosovo, has many eyes now turned towards Western Thrace (Thraki). Recently, Bruce Fein of the Turkish Coalition of America released an article about the supposed Human Rights abuses facing the Turkish minority in Greece. As President of the Pan Thracian Union of America ‘Orpheus', I find it my duty to speak out openly to prevent the spread of a Turkish smear campaign, which is more laughable then a true scholarly concern for Human Rights.

Mr. Fein's sad attempt to paint a picture of an evil oppressive Greek state towards its Muslim citizens is an irresponsible misuse of the truth. "Greece's decade's long campaign of cultural repression, ethnic and religious discrimination and economic marginalization of its Turkish minority", could be nothing farther from the truth. What Mr. Fein and his Turkish friends so conveniently omit is that fact that the Muslim minority of Greece has flourished since the signing of the Treaty of Lausanne, while Turkey's Greek Orthodox minority has slowly disappeared. I use the terms Muslim and Greek Orthodox minorities, because unlike what the Turkish lobby would like Westerners to think, these are the proper terms that should be used as set by the Treaty of Lausanne. This treaty and the population exchange between these two countries were based solely on a religious principal. The populations exchanged and those allowed to continue to reside in each respected nation were between religious and not ethnic minorities.

Against Turkish propaganda, which calls the whole Muslim minority of Thraki as strictly Turkish in origin, the currently Muslim minority is divided into several different ethnic origins, Turkish, Pomak, and Roma ethnic lines. Turkish revisionists declare that although each of these groups has their own language and culture, they represent one National identity, because the Treaty defines them as one Muslim minority rather then three separate ones. However, to forcefully push a Turkish ethnic identity upon the Pomak and Roma communities, in and of itself, is an act of ‘cultural repression' and ‘ethnic discrimination', in which the Turkish lobby declares to be against such an action. At present, the Greek states fulfills it's international obligation by recognizing Greek citizen's of the Islamic faith as a religious minority of diverse origins, rather then forcefully committing cultural genocide by forcing one cultural identity upon them.

Since the signing of the Treaty of Lausanne, the Muslim minority of Thraki has grown from 86,000 in 1922 to 120,000 today, compared to its Greek Orthodox counterpart in Turkey, which in 1922 was roughly 200,000 and today is merely 5,000. For a country and its lobby who have obviously work towards the diminishment of their own Greek Orthodox community inside their homeland to declare such a statement, while the Muslim Minority has nearly doubled in Greece boggles the rational mind.

Today in Thraki the Muslim minority is protected against discrimination and promised religious freedom in the Greek constitution under Articles 5 and 13. Thrace is home of 3 muftis, roughly 270 imams and 300 functioning mosques. Politically speaking as recent as 2002, 250 Muslim municipal and prefectural councilors and mayors were elected in local elections. The same cannot be said politically for the Greek Orthodox community in Turkey. Yet the Turkish Government and its political puppets in Thraki have the gull to complain about their political and religious situation. Declaring that the manner in which their Muftis are elected violates the Treaty of Lausanne. The Greek government instead maintains that the state-appointments of muftis is widespread in the Republic of Turkey, and hence its adherence in Greece only goes to strengthen the Greek commitment to protecting Islamic cultural traditions, as set by the Treaty of Lausanne.

One of the major differences between Greece and Turkey's respect for the Treaty can been seen in the educational life of the Muslim and Greek Orthodox communities. In Thraki today, there are 215 primary schools, where Greek and Turkish languages are used, as well as 2 secondary schools. There are also 2 Islamic theological seminaries in Thraki, yet in Turkey the main school of theology of the Greek Orthodox Church, the Halki seminary remains closed since 1971, which is a direct contradiction to religious freedom promised in the treaty. The Republic of Turkey even goes as far as to tamper with religious affairs, not recognizing the ecumenical status of the Greek Orthodox Patriarch, and tampering in the very process that patriarchal elections are held, affecting not just the religious freedom of Greek Orthodox Christians still living inside Turkey, but also millions living outside of Turkey.

Lastly, the Muslim minority of Thraki unlike the Greek Orthodox community of Turkey has never been subjected to ethnic cleansing of any kind, politically, religiously, or economically. While the Muslims of Thraki have lived in peace inside the Greek state, except for sporadic acts of violates perpertrated by the Muslim community themselves, against local Thracians (Thrakiotis) in Thraki, most recently a month ago, where a Greek teacher was beaten by Turkish parents, this minority of Greece has never felt the stress of being a subjected people. I wish I could say the same for the Greek Orthodox community living in Turkey. Since the signing of the Treaty of Lausanne, the Greek Orthodox minority inside Turkey has been on a constant alert for the next wave of violate ethnic cleansing thrusted upon them by the Turkish state. Without going in depth of the violations committed by the Turkish state, one can merely glance over a short list of the acts of political and religious genocide that has truly been committed against a minority. In 1926, just two years after the signing of the treaty, the Turkish government revoked the right of special administrative organization of the islands of Imbros and Tenedos. The drafting of non-Muslims into labor battalions during World War II affected not only the Greek Orthodox community, but also the Armenian and Jewish communities as well. Let us not forget the Varlik Vergisi ‘Fortune Tax' enforced mostly on non-Muslims and the parliamentary law which barred Greek citizens from several trades and professions, like medicine, law, and real estate to name a few. The most violate example of the discrimination suffered by the Greek Orthodox community is without a doubt the Istanbul Pogrom of 1955, which echoed the days of Nazi Germany's actions against its Jewish community. When the then 150,000 strong minority suffered unspeakable acts of violence, orchestrated by the government of Turkish Prime Minister Adnan Menderes and his Demokrat Parti, acts of violence, which bus loads of local party members, police, and even Muslims from Greece participated in.

It is up to the free thinking minds of those residing here in the United States to look at these allegations and decide for themselves if the Muslim minority of Thraki is truly facing the prejudice they claim to be, or if its just another act in a long line of misleading propaganda perpetrated to be used as a screen of smoke and mirrors to keep our eyes away from the true persecuted minority from the Treaty of Lausanne, the Greek Orthodox Minority of Anatoliki Thraki (Eastern Thrace). 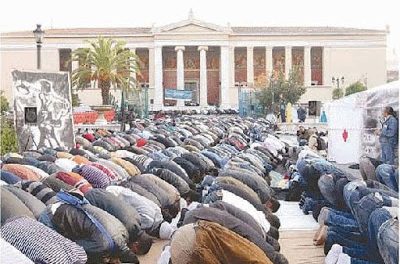 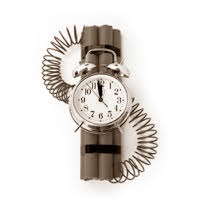 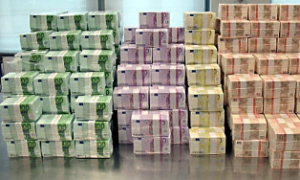 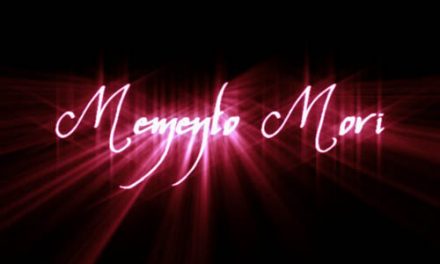